Sometimes, the scenes we see in movies and things that happen around us can make us doubt or question what we see. This is the story of a woman who mentioned that she had proof that the birds flying in the sky were drones instead of real birds.

The video, which was posted by the woman on TikTok, had the caption: The cars of the sky. When the video was posted on TikTok, it amassed a whopping 20,000 comments, 2 million likes, and 8 million views in 24 hours.

The primary reason why the analytics of this video is crazy is because of the content, which left many people bewildered.

In the video clip, the TikToker wrote that she had found substantial proof that birds were not natural animals. Rather, they were able to behave like real birds because they were drones powered with batteries.

For people who saw the video clip, the woman was looking up in the sky in shock at what she saw. Apparently, there was a seagull that was seated on another seagull that was flying. This meant that one seagull was stationary while the other was carrying out the movement action.

When social media users saw this footage, they were surprised because they had seen nothing like this.

One of the social media users referred to what was in the video as Rose and Jack of the popular titanic. The individual mentioned that the Titanic duo looked totally different from what people were used to.

Other social media users were almost quick to agree that the video was concrete proof that the birds they had known all their lives were actually drones working with batteries. 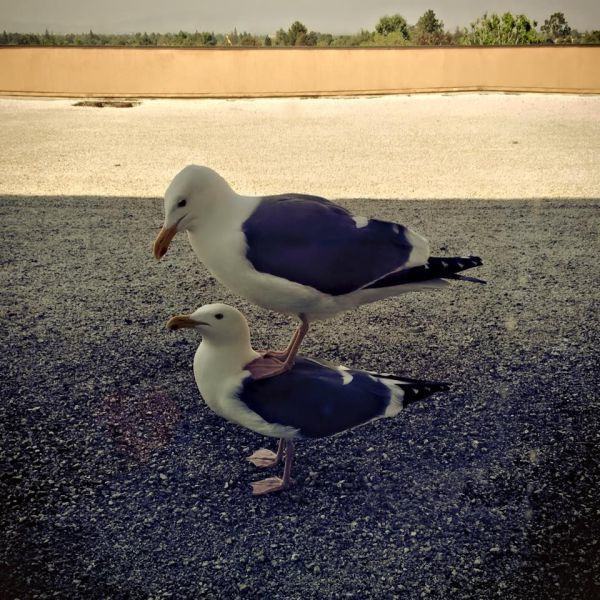 It was indeed a rare sight because a bird sitting on a flying seagull that did not look like it was moving was strange. Anyone who witnessed this sight will attest to the possible fact that it was operated with electricity or probably controlled by someone who was out of sight.

Another social media user mentioned that they have been mentioning that birds were not real, but there was no one to believe them. Now, from what people were seeing in the video, those who doubted them before would see more reasons to believe. 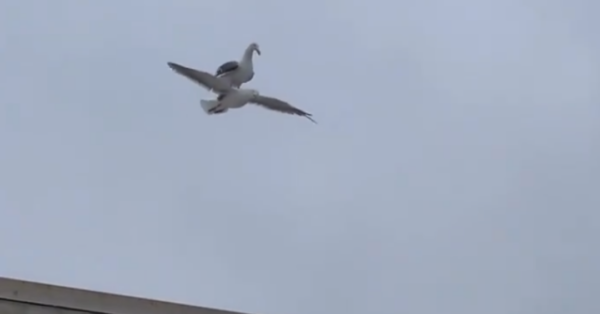 Also, the response of another social media user seemed to make the online atmosphere more intense. The individual mentioned that the major reason why you would see birds sitting on electricity wires was that they wanted to charge their batteries.

The interpretation of this comment meant that since the birds were drones, they needed electricity charge to fuel the batteries that would enable them to fly well. It is interesting to mention that there is an account on Twitter that is dedicated to the notion that the U.S. Government replaced all the birds with similar-looking drones. And the reason suited for this was to spy on everyone in America.

The name of this Twitter account is @birdsarentreal, and they have more than 67 thousand followers. This Twitter account is a group of people that were established in 1976. This group holds a number of live seminars titled: Birds Aren’t Real Truth Tour. And tickets are usually available for those on their membership scheme.

To become a member of this group, the fee is around £4 or £8 each month with some benefits like ‘Voting on movement strategy and operations’ and ‘Extended Birds aren’t a real documentary.’