Everyone’s beloved extreme sports boxing was not always like this. The earliest form of this game was bare-knuckle boxing. In this variation, which predates modern-day boxing, individuals fought each other without any gloves of padding to protect themselves.

While the sport has changed immensely to physically protect the boxers, some form of bare-knuckle boxing still exists within the traveler community in Great Britain. The fighters take their gloves off and fight one another, making every blow count.

Even though it is now considered illegal in many countries, the once underground sport has become more popular in the UK over the past few years. 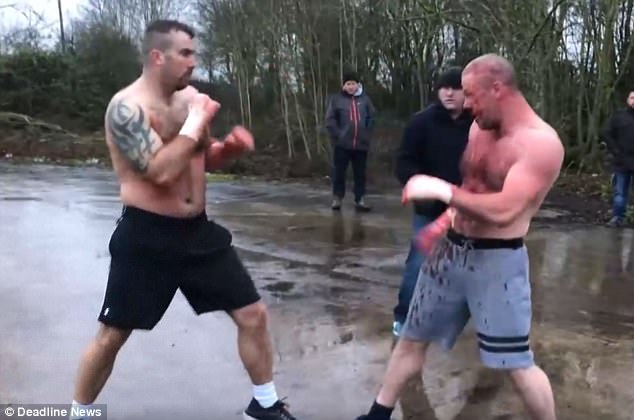 Fearless competitors brawls to entertain a baying crowd. Clearly, there is a market for these fights as people are willing to pay as much as £79 for tickets. Even after seeing countless videos of busted u[ bare-knuckle boxers, a consequence of being on the receiving end of brutal shots, many travelers are keen on participating.

One such fight between two feuding lads has been making rounds of the internet. The 2017 bare-knuckle fight between Patrick ‘Bigfoot’ Nevin and Davey Joyce was particularly infamous.

The Nevin and Joyce clans have a history of feuding, so the fan-following was incredible as well. 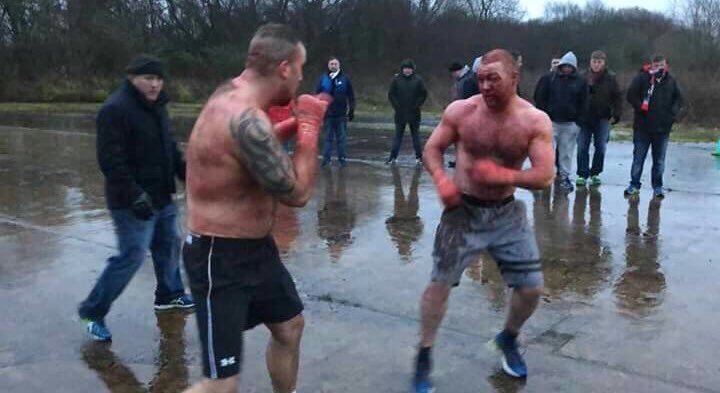 Prior to this boxing round, Nevin disposed of Joe ‘Hulk’ Joyce, Davey’s brother. Such fights amid travelers are usually quite lucrative as the clan bets money. Each family collects and submits an equal amount of money.

The money is safely held by a neutral party, who then awards it to the winning clan. For this match between Bigfoot and Davey, a whopping US$40,000 was at stake. A picturesque setting in Sunny Hemel Hempstead, London was selected for the much-awaited showdown.

The combat between the two fighters has been described as ‘a seesawing encounter’ by boxing aficionados. Viewers agreed that the match was a very technically sound one. The two boxers respected each other’s skills and power. They also demonstrate incredible defensive skills.

However, the shots that penetrated the shields of defensive postures, struck with venom. Each attack left an imprint of destruction on the bodies and faces of the two unarmed and unprotected combatants. Two referees were present to officiate the match and make sure the injuries are limited.

These match officials attempted to intervene several times during the fight to break the fighter apart. They stepped in to convince both Nevin and Joyce to end the match and call it a day. However, neither of the two bare-knuckle boxing contestants were ready to give up.

Their contempt for each other runs strong and deep, which motivated them to continue.

The fight lasted more than 30 minutes. Despite the grueling encounter, no clear winner could be identified. The opponents continued to fight one another and referees kept trying to pacify them.

When they refused to stop brawling, the referees forcefully brought an end to the match and forced them to bring their busted up hands and for a reluctant handshake. 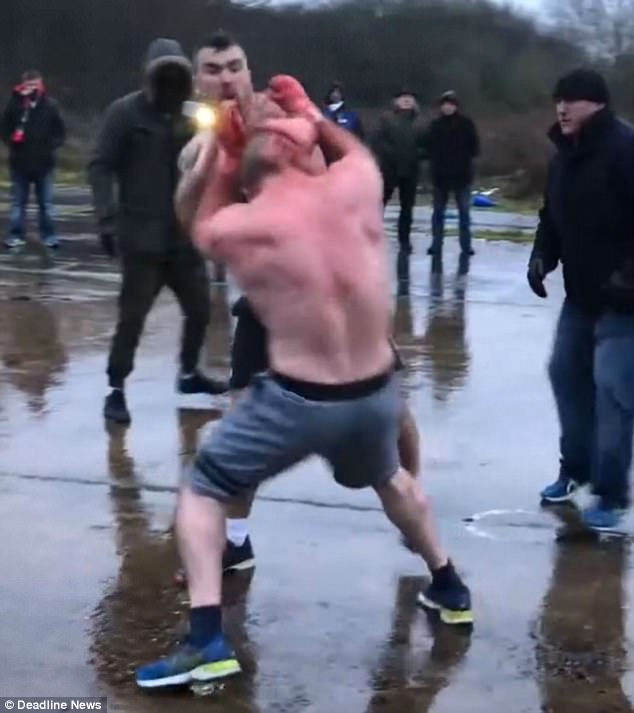 It is unsure who got to take home the lucrative winning amount of US$40,000 but the fight sure entertained the crowd. The beef between the two clans was not settled that day, and they continue to feud. Perhaps, a rematch awaits.

Nevin and Joyce may opt for another attempt to fight one another, as an attempt to prove their own clans. Even though results for the bare-knuckle boxing match between these gypsy traveling clans were undecided, this original form of boxing ought to keep viewers on the edge of their seats.

Be it the money the clans are gambling, or the physical risks that the fighter may encounter more is at stake! Watch the fearless scrap between Nevin and Joyce here: