In what can be termed as a truly horrifying incident in the sports history, Russia’s powerlifting champion, Alexander Sedykh suffered alarming injuries to both his knees. The powerlifter, who is also the reigning champion in the 400kg lift, was participating in the World Raw Powerlifting Federation Championships near Moscow when the incident happened.

A video of his performance and the subsequent injury has surfaced showing the man attempting the extremely difficult squat. His legs could be seen shaking from the weight of the barbell, which he was holding over his shoulders, as he prepared for the squat.

One can make out from the visuals that the champion was not very comfortable from the start. Still, he continued to perform, shifting the weight to his legs.

However, his body could not bear the enormous weight and his legs buckled completely under the pressure. Even during the start of the lift, bystanders could see him uncomfortably rocking to-and-fro in order to get a steady balance and footing before attempting the lift.

However, he overcame the initial discomfort and decided to continue with his attempt. But soon after the weight of the steel plates reached the maximum capacity on his shoulders, the powerlifter’s body could be seen buckling up. Within minutes he crumbled to the floor as he squatted to lift up the humongous 400kgs of weight. 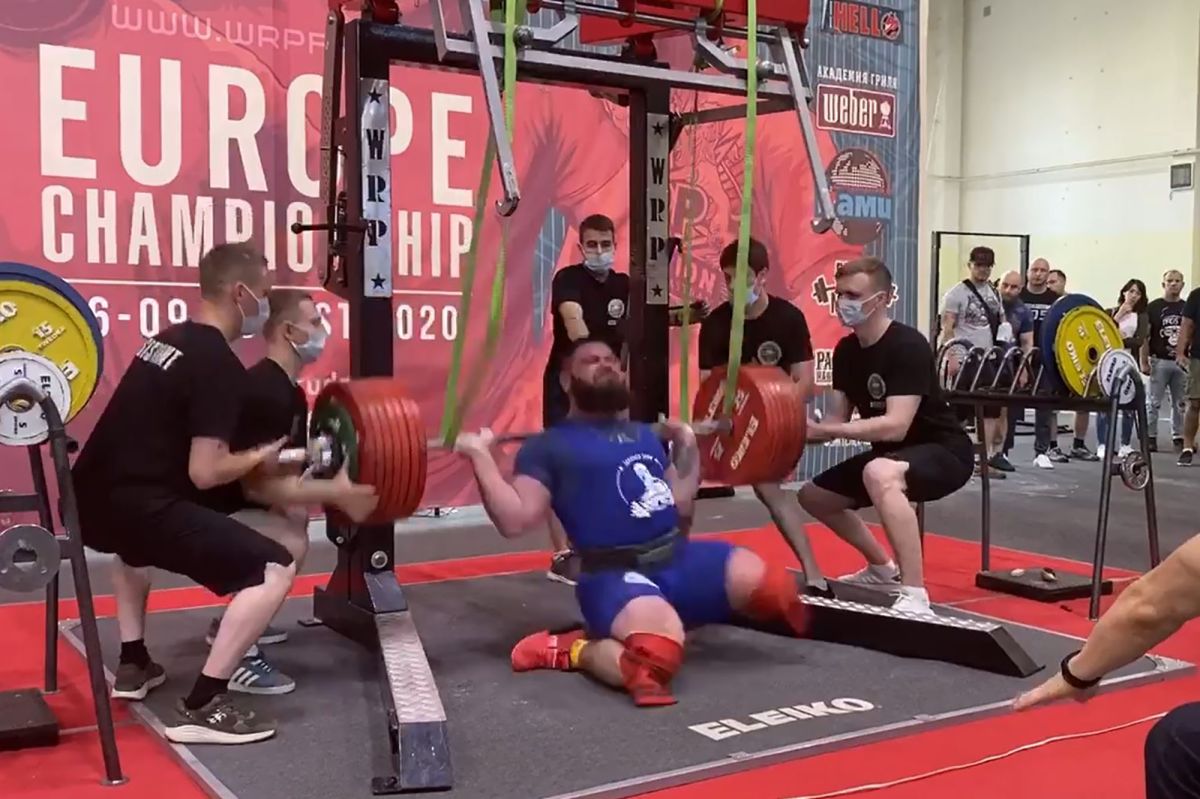 Those standing around him noticed how the whole weight shifted to his knees when he tried to extend out his lower back and straighten his legs for the lift. Everyone including the medical staff and spotters immediately rushed in to help the champion and prevent any further injury from the weights.

It was not long before Sedykh was rushed to the hospital. Squatting weights requires immense core strength and extremely powerful legs. This is because when one lowers oneself into the squat and powers back up to a standing position, the weight is borne by the legs and the core.

Even for the regular lifting of up to 150kgs, there is too much weight on the legs and one can imagine the pressure when one is lifting 400kgs. 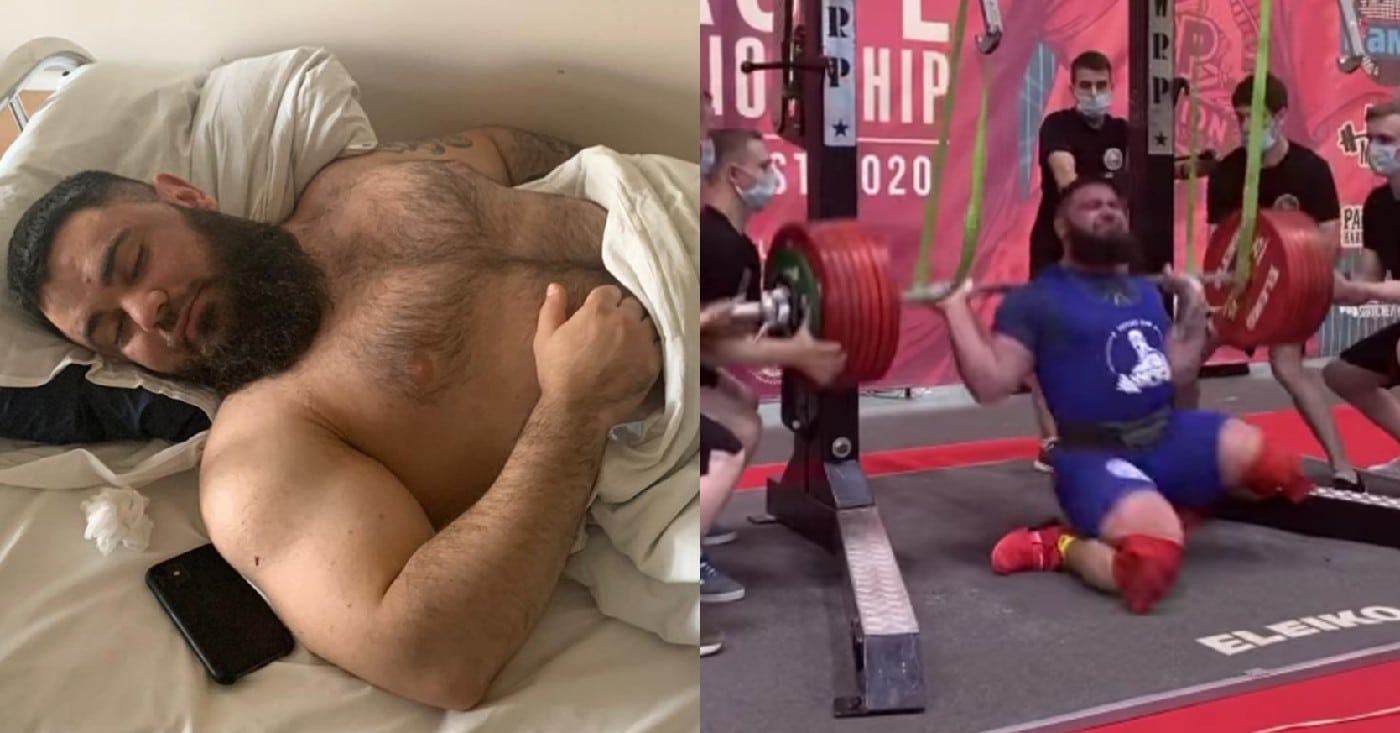 The weightlifter was left screaming in pain as he collapsed to the ground. The legs could be seen awkwardly positioned under his body as his knees buckled. Even when one is not carrying any weight and the knees buckle, it is a highly painful situation.

To have experienced this because of a 400Kg weight on his shoulders is a terrible thing to happen to Sedykh. When he was brought to the hospital, Alexander was in great pain.

The doctors immediately diagnosed he had two dislocated knees. The condition got worsened further when he was found to have ruptured two quadriceps as well. Sedykh was immediately taken in for an operation that lasted almost six hours. This is not the only powerlifting incident that has happened in Russia recently. In 2019, Yaroslav Radoshkevich, who was 20 at that time, too suffered a similar fate during the World Raw Powerlifting Eurasian Championship in Russia.

Competing in the 250kg category, the young sportsperson suffered a very severe compound fracture as his right leg just snapped under the excessive weight. The injury left Radoshkevich unable to return to the sport due to a long and tedious rehabilitation process. 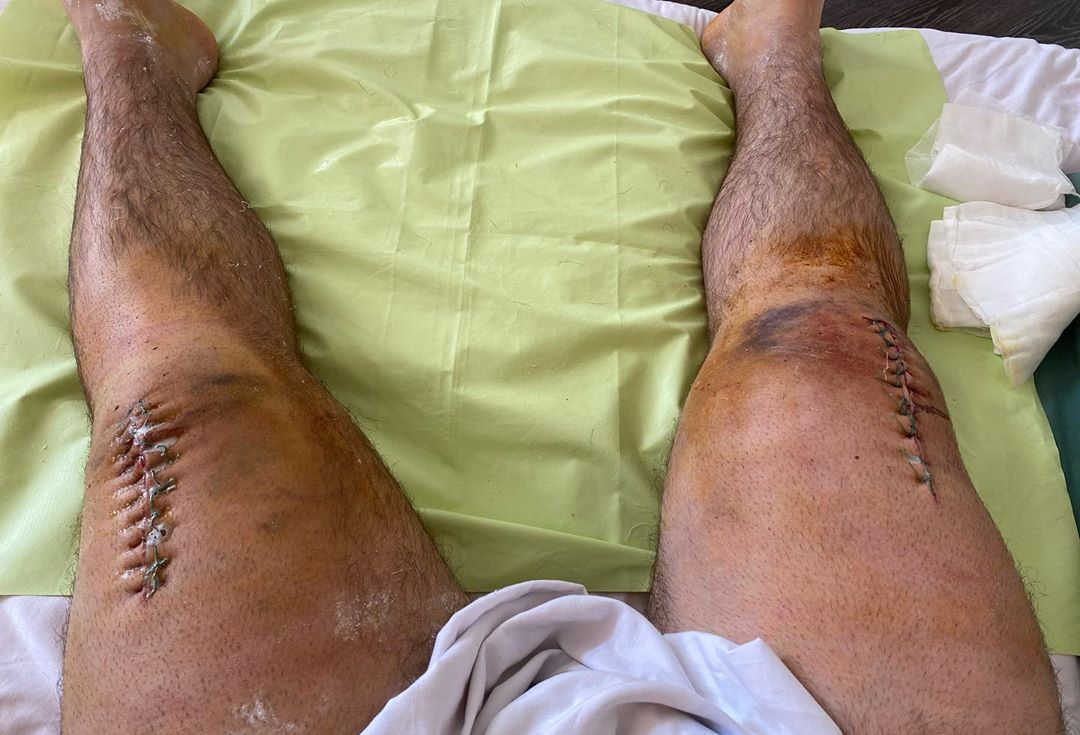 As for Sedykh, he has been advised complete bed rest for the next two months with no movement of his legs at all.

His quadriceps have been resewn and the dislocated knees have also been put together. Later, he will have to teach himself to walk all over again. Whether or not he will be able to return to the sport after such a grave injury remains to be seen.