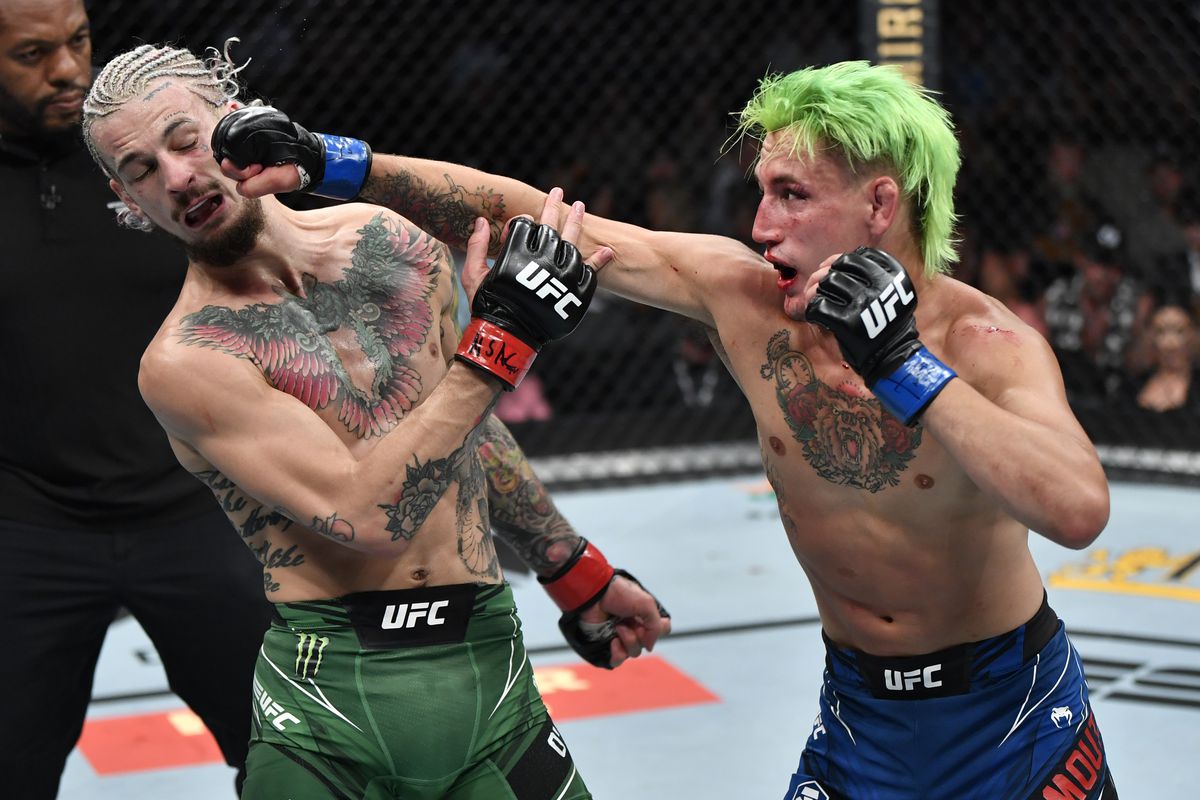 Sean O’Malley recently beat Kris Moutinho by TKO on the main card of UFC 264. Moutinho was making his UFC debut in that fight, filling in on short notice for O’Malley’s previously scheduled opponent Louis Smolka. 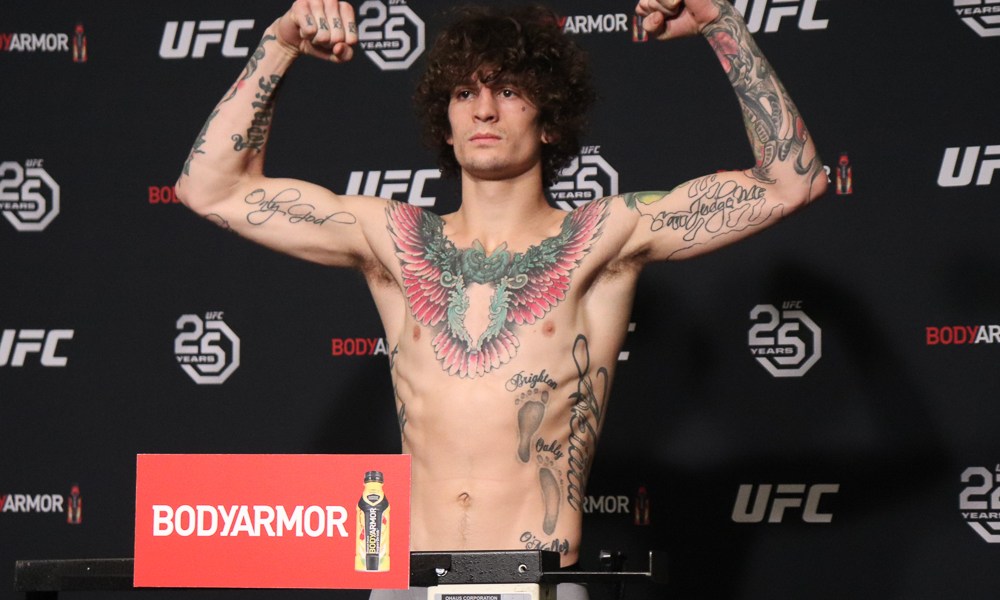 The win over Moutinho took O’Malley’s UFC record to 7-1 (14-1 overall) and followed his win over Thomas Almeida at UFC 260 in March. O’Malley’s other recent UFC wins have come over Eddie Wineland and Jose Alberto Quinonez. His lone pro loss was a TKO defeat to Marlon Vera last year. 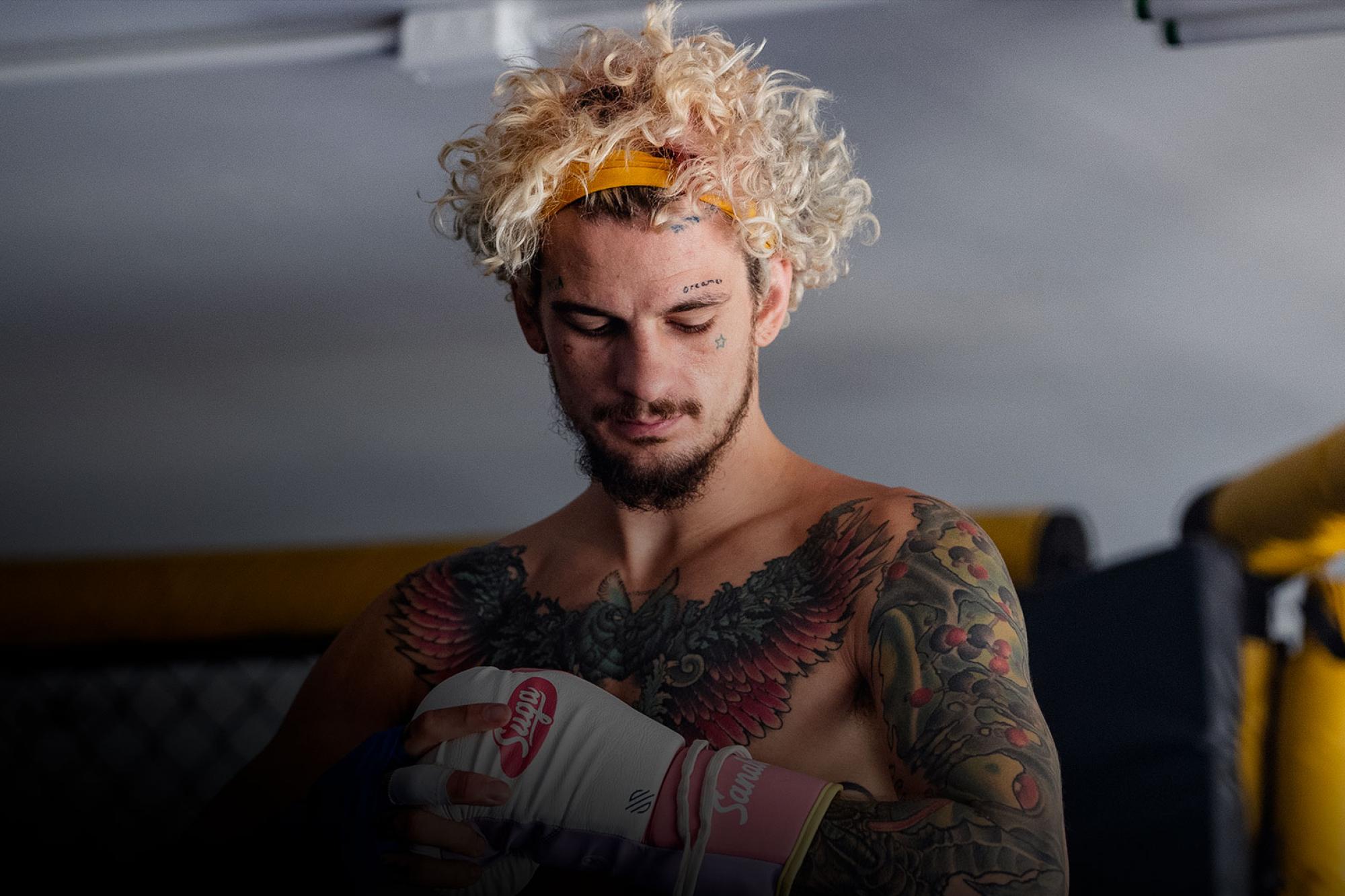 Recently O’Malley appeared on the No Jumper podcast where he explained his philosophy on picking fights and revealed why he’s unlikely to take a big step up in competition at this point in his career. 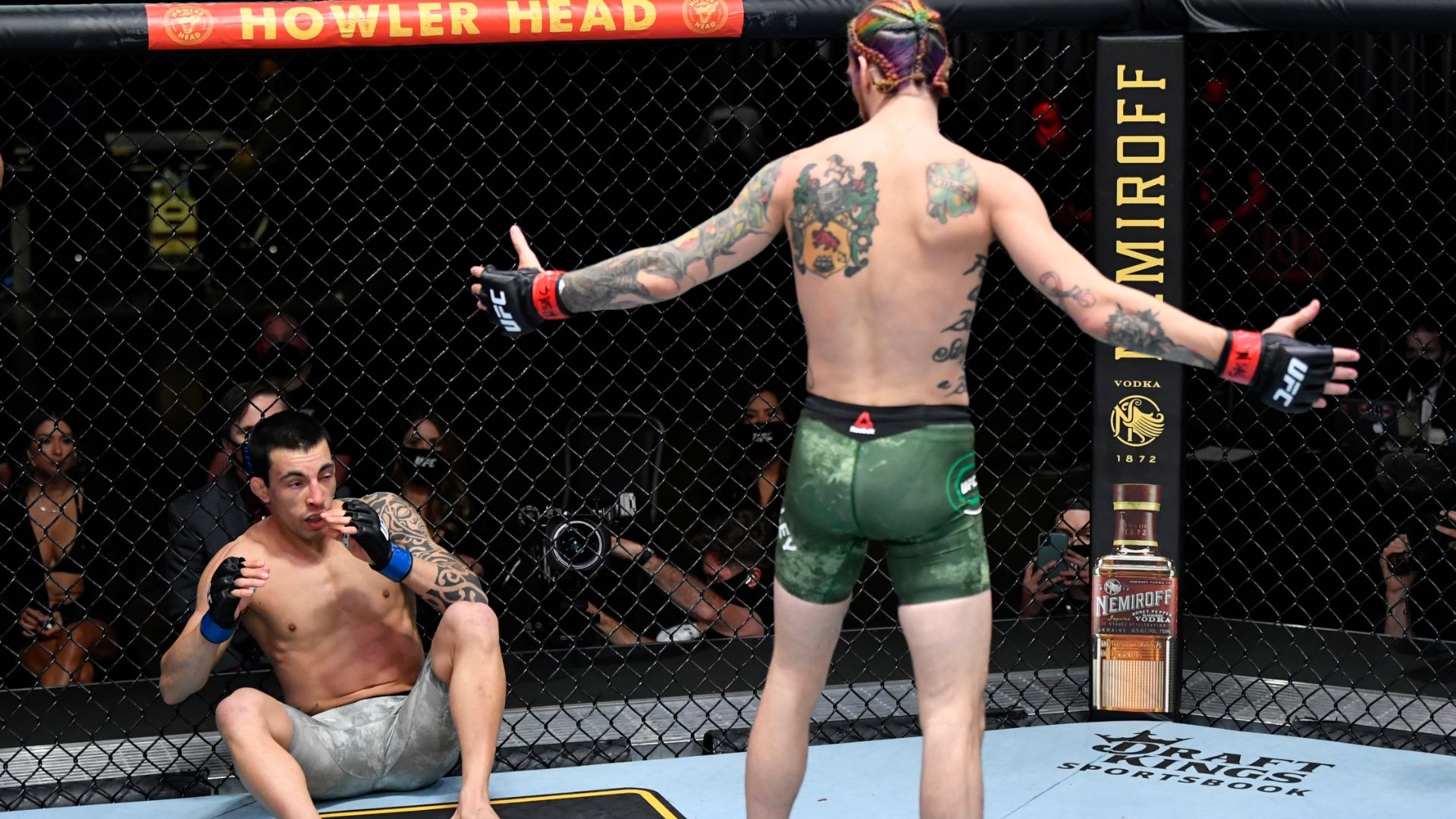 “Next fight, a lot of people want me to fight someone ranked,” he said. “They wanted me to fight someone ranked last fight. I was supposed to fight Luis Smolka. For me, I have a contract to fight a certain amount of fights and I only get paid a certain amount of money whether I fight Louis Smolka, the dude I was supposed to fight, or I fight Petr Yan, the number one bantamweight in the UFC. I get paid the same. I’m gonna fight [the lower ranked fighter] and I’m going to fight this dude on a Conor McGregor pay-per-view.”

O’Malley then revealed that this way of thinking is inspired by someone who was once minutes away from defeating Anderson Silva for the UFC middleweight title.

“Chael Sonnen always says fight the worst dude on the highest part of the card. A lot of bantamweights, and just people in the UFC, they definitely hate [me for it]. It comes from jealousy. I’m getting way more eye-balls than them … I perform in there. You can go and watch some of these guys perform and you literally pick up your phone, start surfing Instagram, you just don’t give a fuck what they’re doing.”

Sean O’Malley knows what he is doing. pic.twitter.com/QsPR4Y87sD