SORRY @joerogan YOU HAVE NO IDEA WHAT YOUR TALKIN ABOUT WHEN IT COMES TO MUSCULAR FIGHTERS, BIG DIFFERENCE IN "BORN MUSCLE" & "BUILT MUSCLE"

This is a digital age. It seems that fights nowadays happen not only in the ring but on the internet as well. At least, that is what seems to be the case between CT Fletcher and Joe Rogan.

Yeah, you're wrong. I'm old and I got tired just typing this tweet. https://t.co/5GgXk9wMfn

Before the fight between Tyron Woodley and Robbie Lawler at the UFC 201, Joe Rogan did exactly what he was being paid to do: discuss the various fighters, their fighting styles and their strengths and potential weaknesses.

DOES YOUR MUSCLE GIVE YOU PROBLEMS @joerogan? DO YOU GET GASSED QUICK? MY GUESS IS NO. AM I WRONG?? pic.twitter.com/61P42DDZjL

In his characteristic way, Rogan went on to describe Woodley and how he is quite buffed up. He also concluded that since Woodley is so decked in muscles he would probably be tired if the fights during the championship went on for too long. 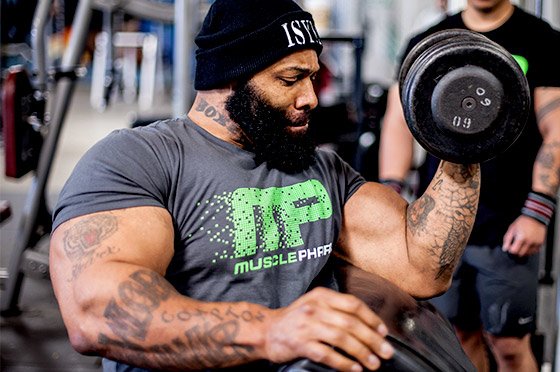 While this was a fair remark to make, and the fact remains that it was his job to do so, all was not well in the world. In fact, it upset someone called CT Fletcher, a bodybuilder, who took to Twitter in order to get back to Joe Rogan. The bodybuilding veteran of 30 years and an overall hulking man decided to send Rogan a few choice tweets.

.@CTFletcherISYMF Your videos are fun and I like your passion. I understand why we have a misunderstanding but I'm a huge fan of @TWooodley

Well, Rogan, for one happens to be not just involved with mixed martial arts, but is also a comedian. What follows is a series of replies to Fletcher’s tweets which are not only spot on, but quite scathing to say the least.

I LIKE THE MUTHA FUCKA, BUT OBVIOUSLY DOESN'T KNOW SHIT ABOUT MUSCLES AND ATHLETIC ABILITY.

But Rogan quickly came back to say that he is just as much big a fan of Woodley as anyone else. It was just an observation he made regarding his fighting, and was not meant to depreciate his abilities in any way.

U KNOW HE DOES KALI, I DETECTED A LITTLE "HATIN" IN HIS CRITICIZING OF @TWooodley, & I SEEN HIM FLEXIN HIS SHIT BEFORE

Well, that brought down the tone of the tweets, and Fletcher became much more amiable. Not long after, he came around to praise Rogan’s commentating abilities and even went on to say he was not at all cross with him.

I saw your manic string of tweets at me and although we don't know each other I've got nothing but respect for you.

By this stage, though, Fletcher was under a LOT of fire for his obsession with VERY CAPITAL WORDS (among other things), although Rogan did not really need the support, considering he is a pro at this kind of stuff! any objective observation of his abilities shouldn't be considered hate. I'm a fan of him as a fighter and as a man.

All of it ended finally by the 2 big boys finally burying the hatchet and coming to reasonable terms as real men do. Fletcher even went on to concede that he did not mean any disrespect, and was not offended.

I was nothing but nice to you, big fella . In all fairness I would make fun of my mom on that show, its my job