Khamzat Chimaev believes he can make ‘light work’ of UFC middleweight champion Israel Adesanya, following the latter’s win at UFC 271. ‘[Israel Adesanya] easy money for me, 0 wrestling. 1 round I’m gonna kill him,’ the Russian wrote in a since-deleted tweet on Saturday.

On Saturday, Adesanya successfully defended his middleweight title for the fourth time, defeating Robert Whittaker on points in Houston with the judges scoring the contest 48-47, 48-47, 49-46.

The Nigerian-born New Zealander had previously beat Whittaker in UFC 243 in October 2019, knocking out the American in the second round. Asked about the Russian comments in the post-fight press conference, Adesanya shrugged off Chimaev’s jibe but did not reply to the call out.

The middleweight champion, however, had plenty to say about his title defense.

‘I knew he was going to bring everything, because last time I took everything away from him, he had nothing to lose,’ he told reporters in the immediate aftermath of his victory.

‘I tried to get his leg, but once he realized he was hurt he was tentative with it. Kudos to his boxing coaches. ‘I knew he was going to try and copy Jan’s homework but I’m the big dog in this yard so he couldn’t take me down. 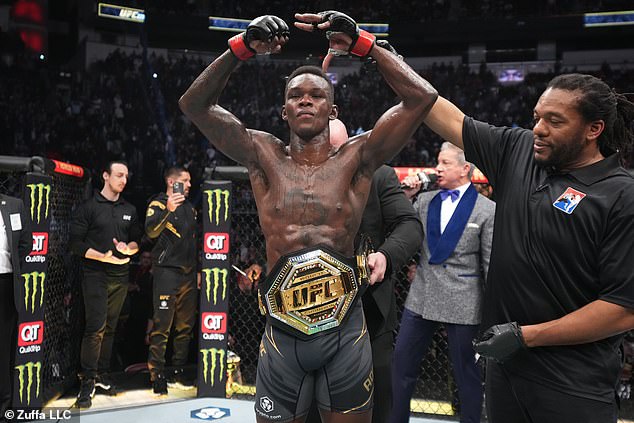 ‘I know June doesn’t have a PPV yet, I know Jared Cannonier did some work tonight and I’m looking at June.’ Since making his UFC debut two years ago, Chimaev has secured two wins at welterweight and is ranked as the world No 11 in the division.

The Russian is expected to fight former welterweight title challenger Gilbert Burns next. 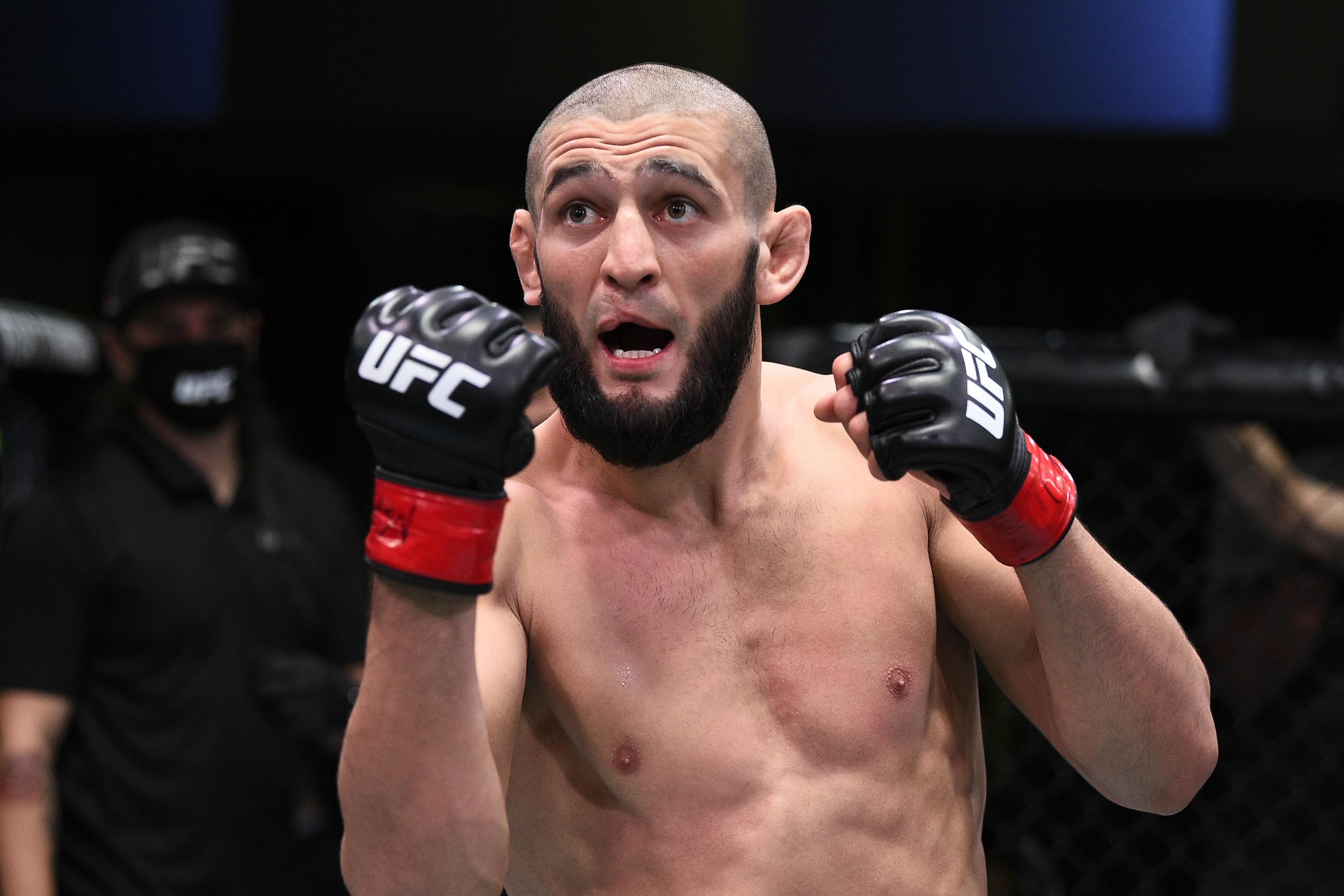 The two have reached a verbal agreement and UFC 273 on April 9 has been mooted as potential date, but the bout is yet to be finalized.