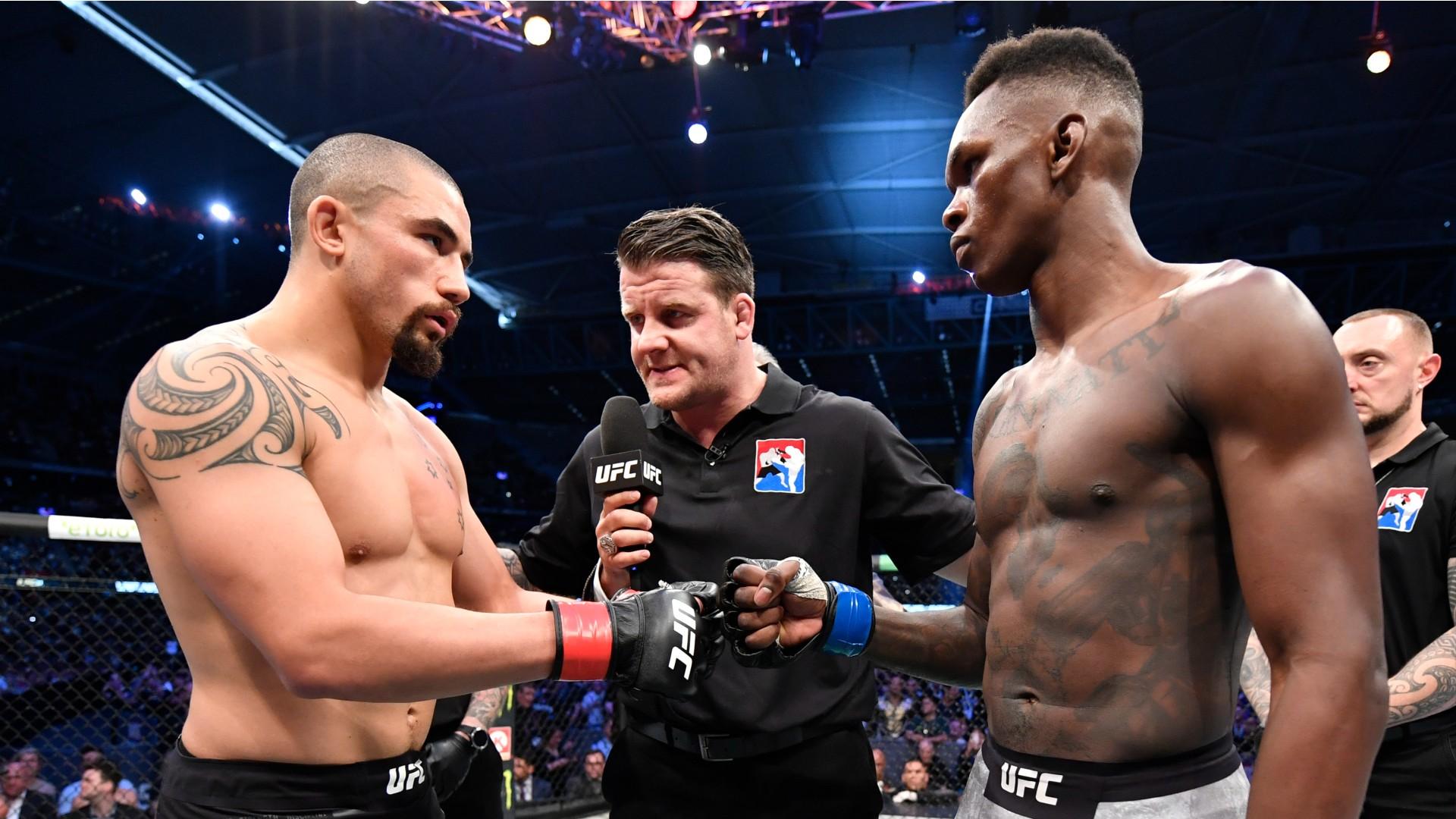 It all goes down tonight (Sat., Feb. 12, 2022) at UFC 271 live on ESPN+ PPV from inside Toyota Center in Houston, Tex., as reigning UFC middleweight champion Israel Adesanya defends his 185-pound strap in a long-awaited rematch with former titleholder Robert Whittaker.

In co-main event action, Houston’s own Derrick Lewis will collide with red-hot heavyweight contender Tai Tuivasa. Before tonight’s PPV showdown sets “H-Town” on fire all fighters stepped on the scale for UFC 271’s ceremonial weigh in. 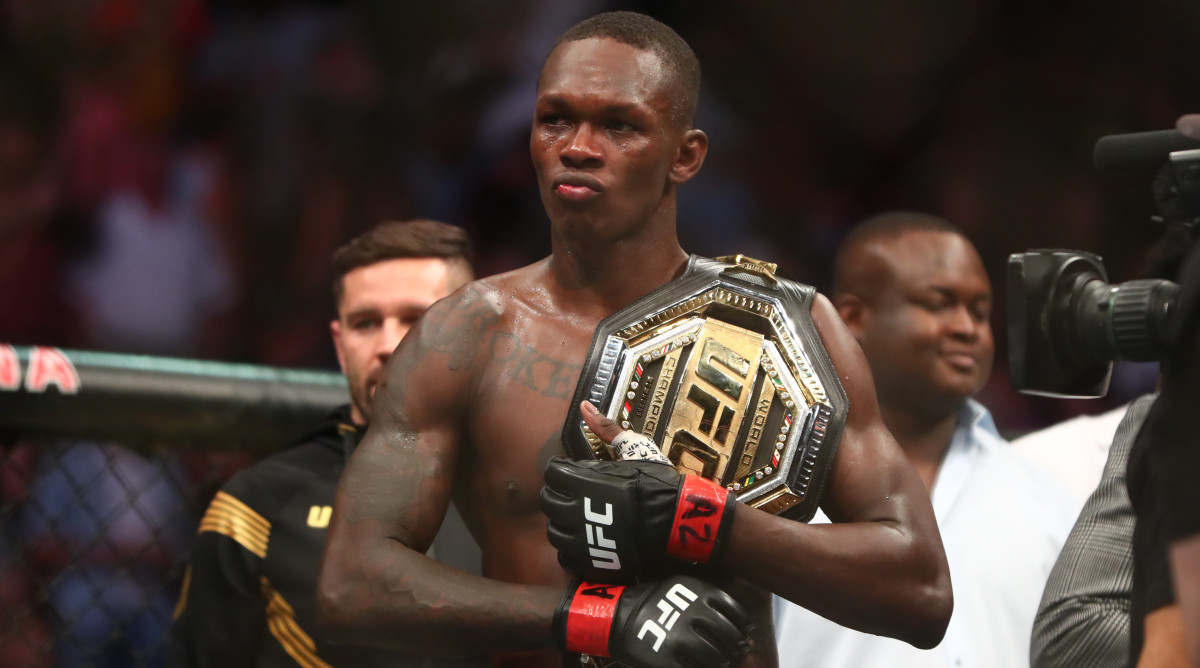 Of course, the fighters officially weighed in early Friday, but the ceremonial production allowed for one final staredown before Saturday’s carnage unfolds. The biggest attraction on the card will be the rematch between Adesanya and Whittaker.

“Last Stylebender” defeated Whittaker by knockout in their first meeting back in 2019. The champion has defended the middleweight title three times since then as Whittaker has been clawing his way back to a rematch. 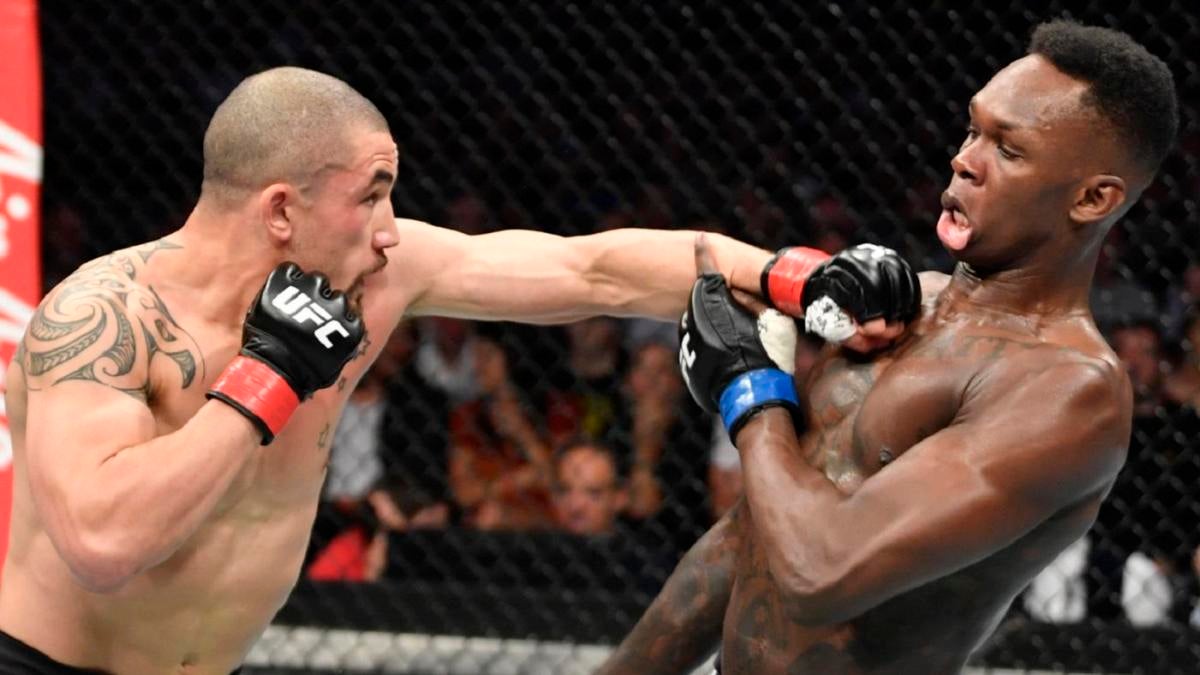 The second biggest attraction will be the co-main event featuring “Black Beast” and “Bam Bam.” With Lewis being the all-time UFC knockout leader and Tuivasa winning four-straight fights by way of strikes this heavyweight affair should not disappoint.

One of the most anticipated rematches in UFC middleweight history is now official. Israel Adesanya and Robert Whittaker both weighed 184 pounds Friday morning for their title fight Saturday night. Adesanya will defend his belt against Whittaker, the former champ, in the main event of UFC 271 here at Toyota Center. 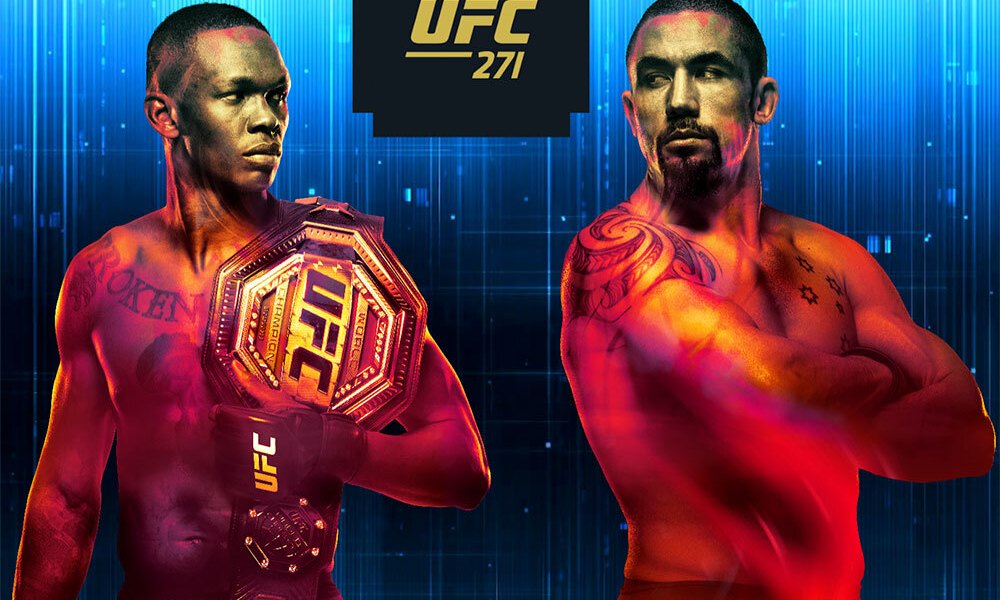 ESPN has Adesanya ranked No. 2 and Whittaker No. 9 on its MMA pound-for-pound rankings. At middleweight, Adesanya is No. 1 and Whittaker is No. 2. Adesanya (21-1) beat Whittaker for the title via second-round knockout at UFC 243 in October 2019.

The Nigerian-born New Zealander is undefeated in his career at middleweight, with his only loss coming at light heavyweight in a UFC title fight against Jan Blachowicz at UFC 259 last March. Adesanya, 32, has three UFC middleweight title defenses. 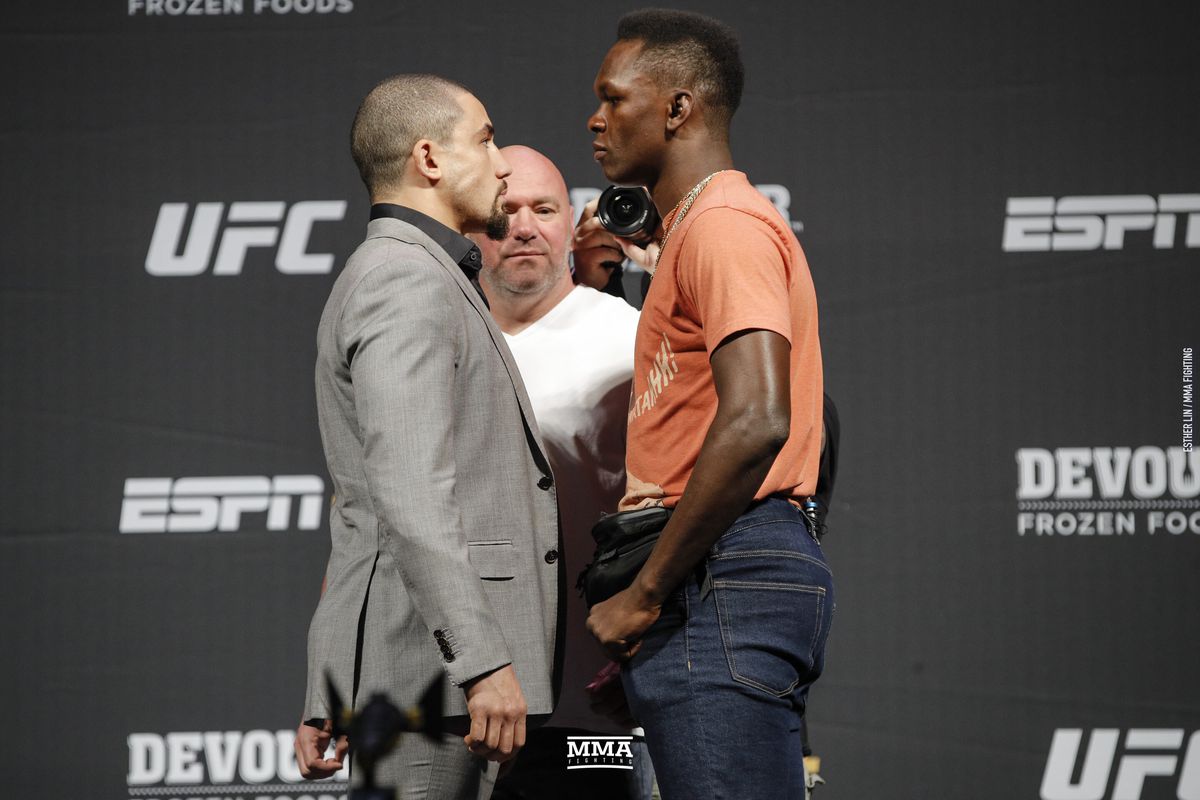 Whittaker (23-5) has won three straight after dropping the title to Adesanya three years ago. The New Zealand-born Australian has won 12 of his past 13 fights overall.

Whittaker, 31, held the interim or undisputed UFC middleweight title from 2017 to 2019. “The Reaper,” an Ultimate Fighter winner a decade ago, was the UFC’s first-ever Australian champion.

The sequel goes the distance!

👏 All love between @Stylebender & @RobWhittakerMMA who just put on a technical battle for the gold! #UFC271 pic.twitter.com/BKha8QnjIn