Women are expected to be treated appropriately, and their bodies respected with the utmost respect available. Sexual assault is intentional sexual contact with another person without the person’s consent. Being intoxicated is never an excuse for sexual misconduct from anyone as it does not stop a person from obtaining informed and freely given consent. 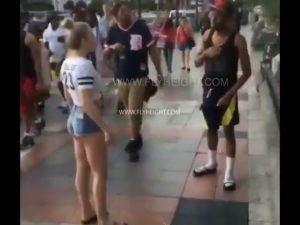 Sexual contact could include contact with body parts like the breast, genitals, groin, buttocks. This was not the case on this day in Las Vegas, as a man touched the buttocks of a lady he saw in the road. She began to shout that he sexually assaulted her, and confront him on why he did that. 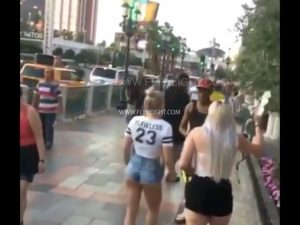 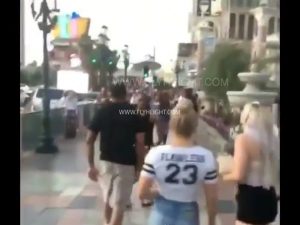 As he was physically and verbally confronting him, he kept on pushing him backwards. Suddenly a man who was passing by threw a punch directly to the face of the man who was accused of sexual misconduct which made him land on the floor. This made people who were watching the fight happy because they felt the mam had gotten what he deserves. 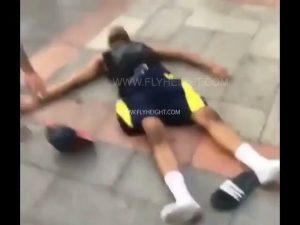 Dude Gets Knocked 12 Years Into The Future For Touching Someone's Girlfriend Butt pic.twitter.com/nHoqh2qzey