“When Keeping it Real Goes Wrong” Motorcyclists Vs. Hillbillies 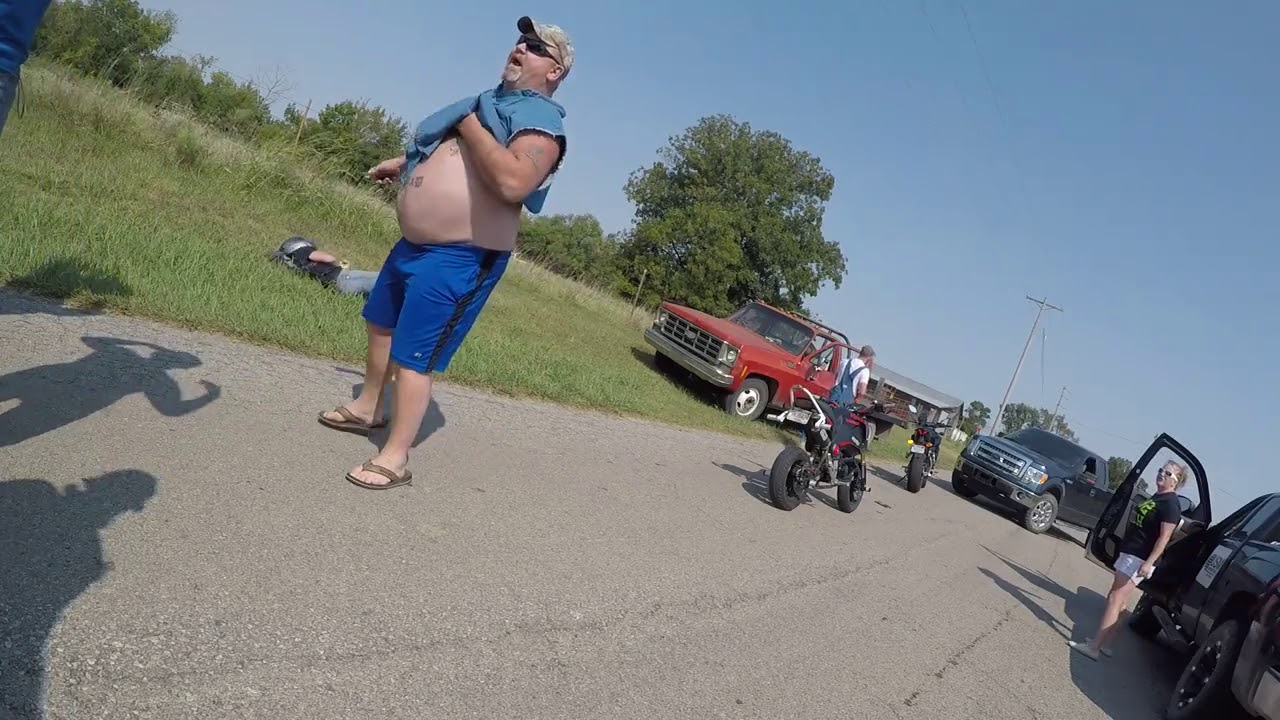 The below video shot with a helmet cam from a bike opens with a gang of bikies riding alongside a pickup truck on a country road. Does it get much more hillbilly than that?

The only thing missing is a banjo twanging away in the background! Apparently, the truck has cut off one of the riders who has consequently engaged in a bit of verbal back and forth with the driver. 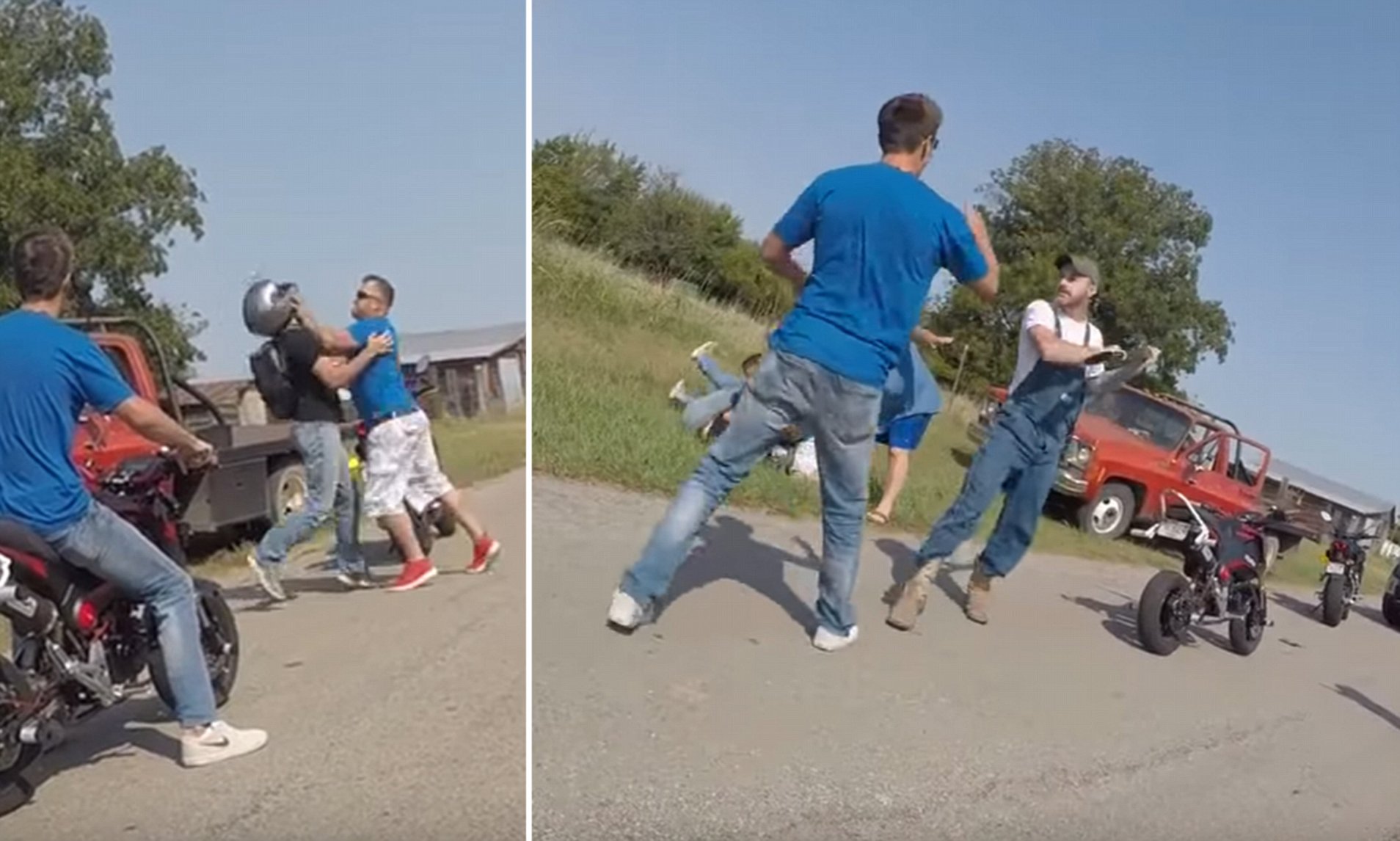 The truck and bike brake and accelerate erratically as they argue. Then things escalate… and bloody quickly. The bike brakes and the truck pulls over. A large man sporting an Under Armour T-shirt, wraparound sunglasses and red kicks jumps out of the truck and almost immediately throws down with the biker he was arguing with.

The two tussle with ‘Under Armour T-Shirt’ quickly gaining the upper hand and getting the biker into a ground and pound situation, punching him through his helmet. 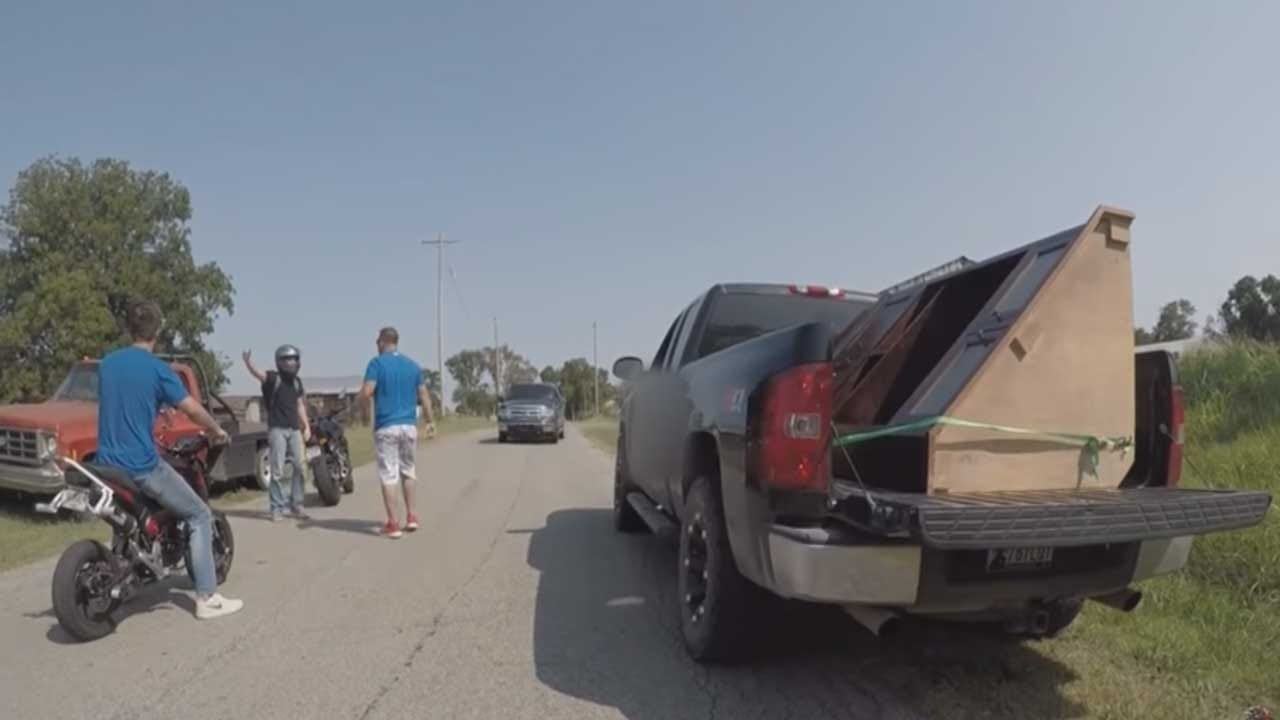 A crazed female passenger exits the first truck and screams some indecipherable expletives at the camera. Meanwhile, another large pickup approaches the scene and a rotund gentleman exits and tries to hold off the bikers.

There is another red truck on the side of the road and at some point, a bloke in overalls comes out with a shotgun! The situation sure escalates quickly and the two sides divide as the temperature rises.The bloke with the shotgun makes like he’s going to cave in one of the motorcyclists’ heads with the gun’s butt at one point. Then the fat guy lifts up his shirt to reveal his gang allegiance tattoo saying he’s the “Real Deal” as he abuses and threatens the group. The video has divided the internet with several commenters saying they respect the guys sticking up for each other.

Others believe they went too far saying multiple charges should be laid against the hillbillies. Either way, it’s a messed up video but has a comical undertone due to just how stereotypical the protagonists and the setting seem. Check it out