YouTube star Paul will take on former UFC welterweight champion Woodley in a highly-anticipated boxing match on August 28. ‘The Problem Child’ is currently undefeated and has claimed he’ll come out on top against Woodley, having knocked out UFC alumni Ben Askren in April. 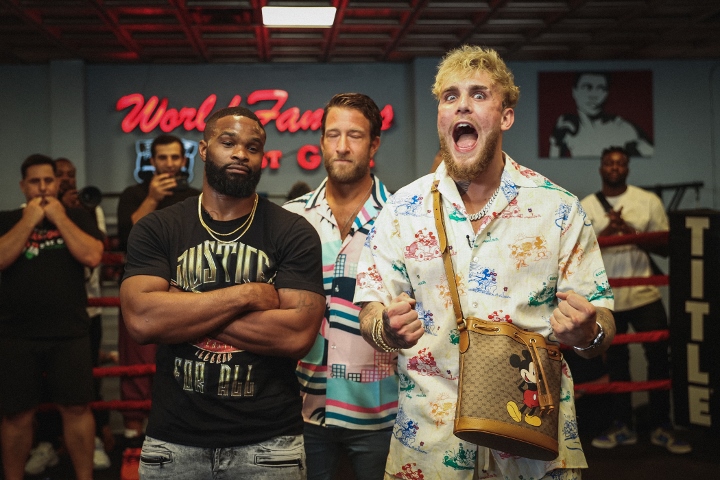 But footage of Paul and Woodley taking part in promotional work together has emerged and he didn’t look his usual, cocky self. Woodley stares the 24-year-old down and he makes a glance to the camera before looking down at the ground. 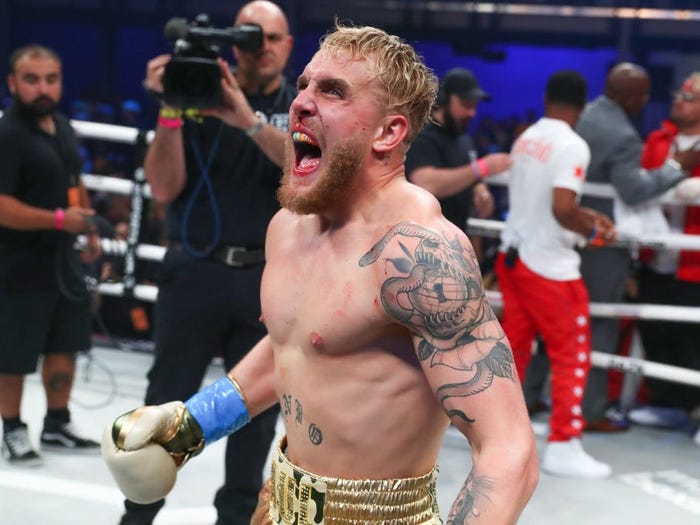 ‘T-Wood’ then cracks his neck and rolls his shoulders as Paul keeps his eyes locked anywhere else. He then put two fingers up to the camera in an attempt to look unfazed. 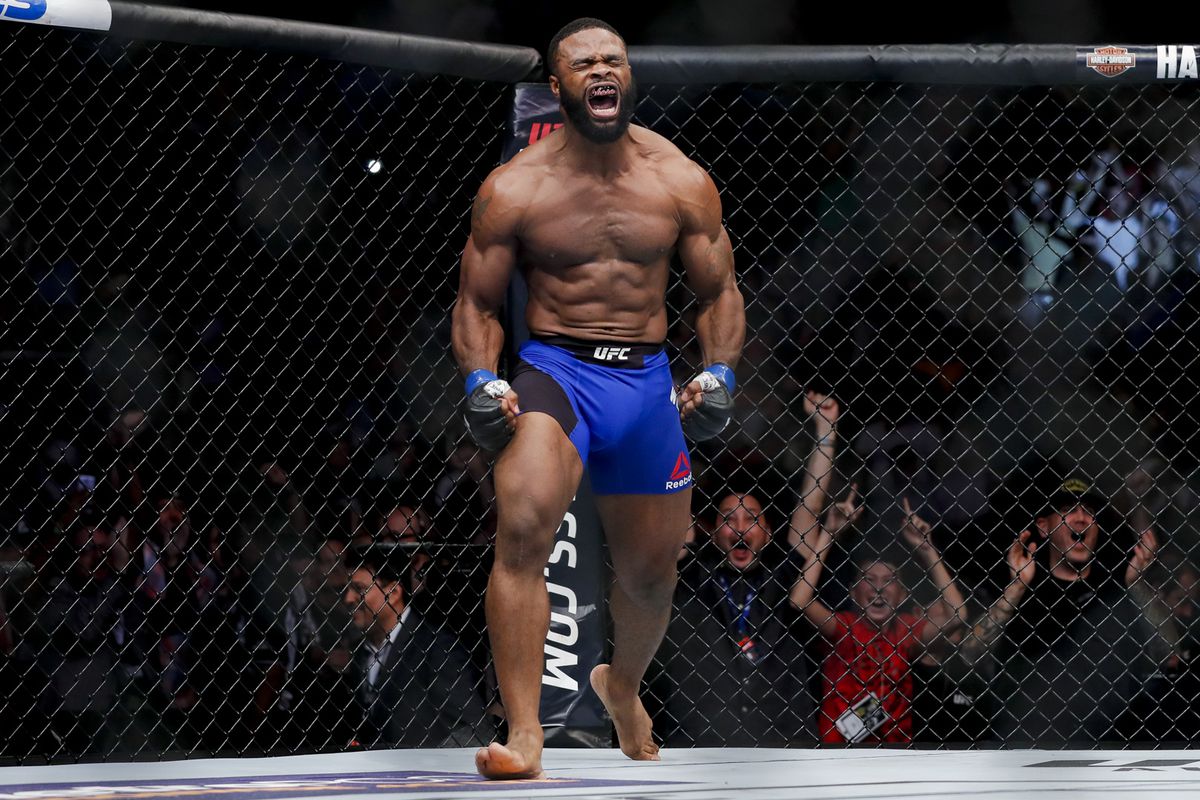 It failed however and fans on social media believe he has bitten off more than he can chew. One fan commented: “This is the moment Jake knew he has picked the wrong opponent.” Another said: “Kinda feel sorry for Jake, he looked really humble and scared.” 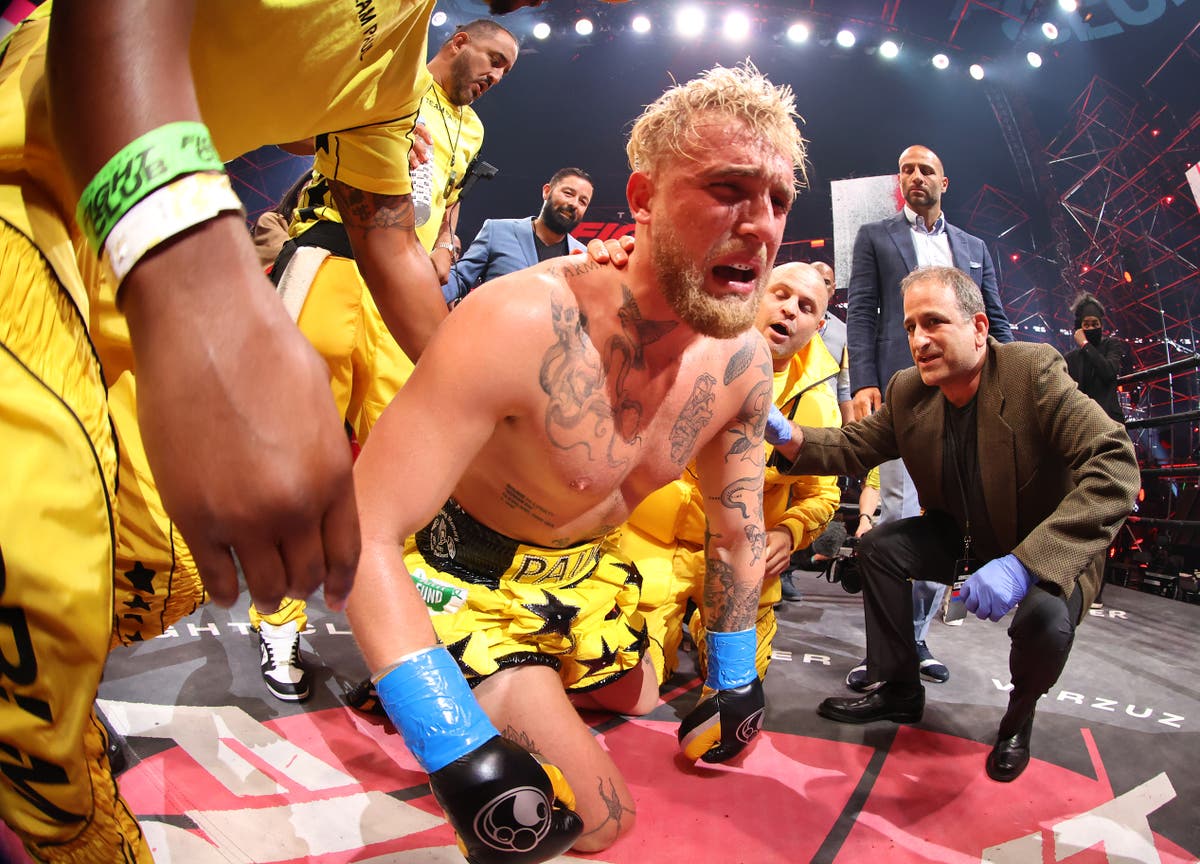 A third added: “Jake boutta get his ass beat but I gotta respect the fact that he even accepted the fight.”While someone simply put: “Paul finally realises he is dealing with a man.” 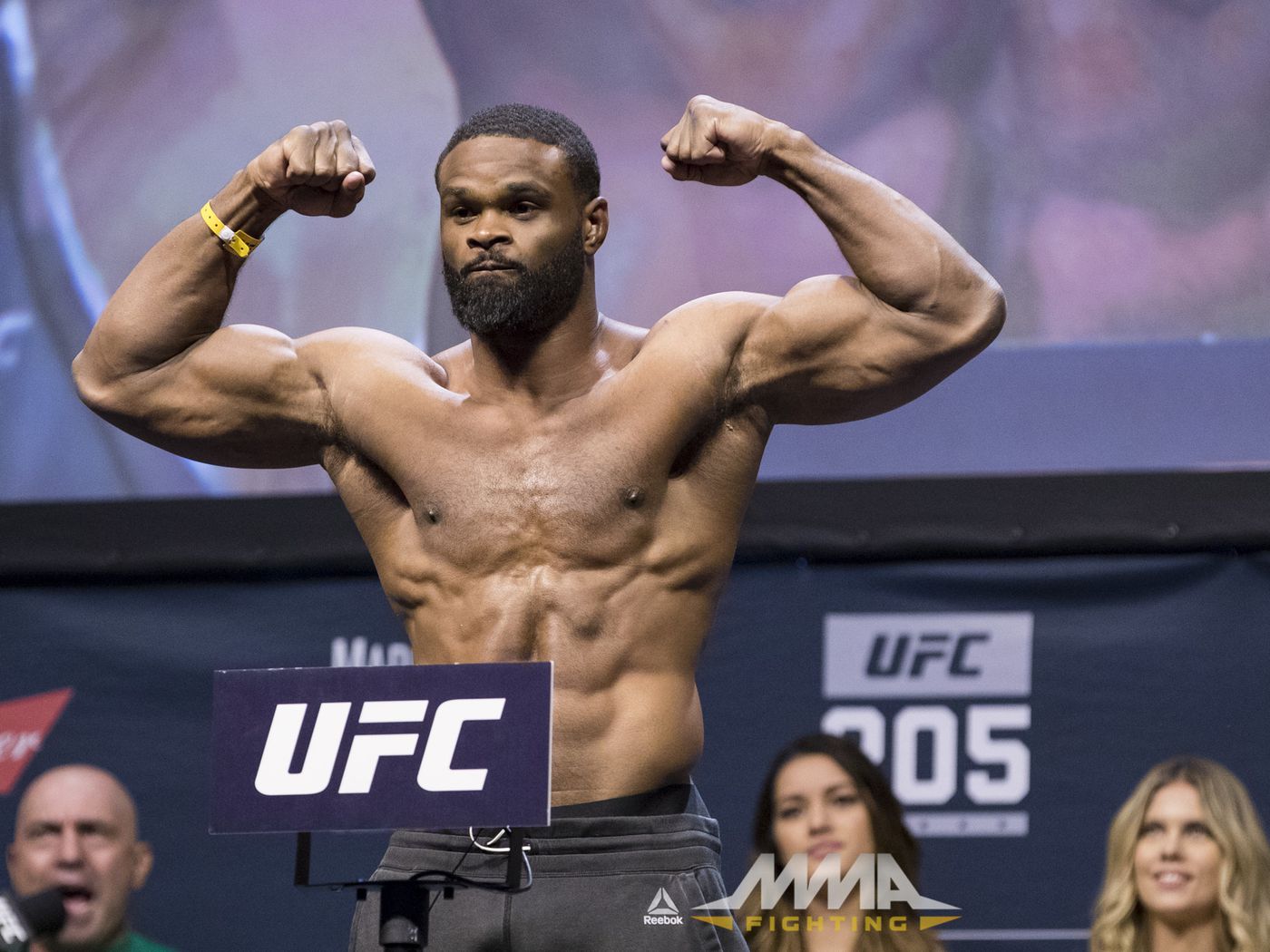 Woodley believes he’ll knock Paul out inside one round and UFC president Dana White believes him.