TikTok Superstar Puts “Creepy Old Dude” At The Gym On Blast “I Have You On Film!” 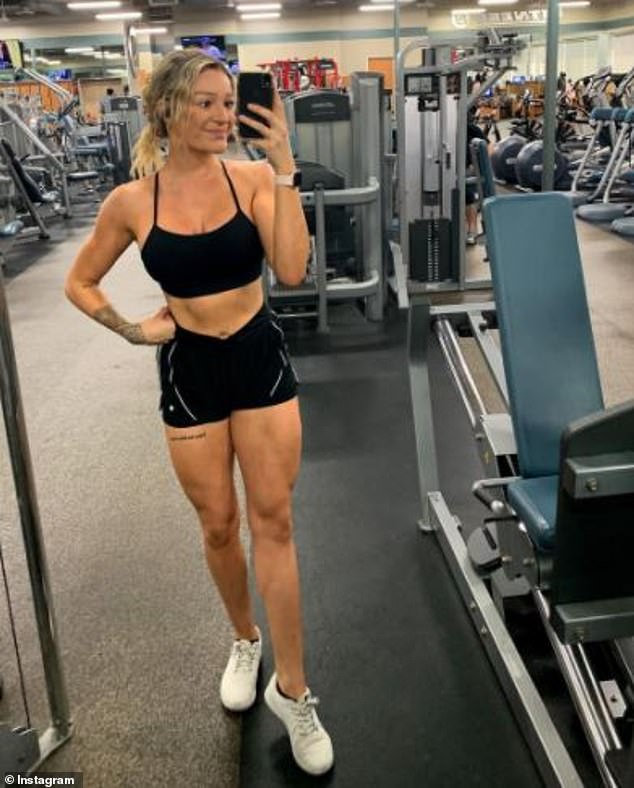 A woman has publicly called out a ‘creepy’ man who wouldn’t stop staring at her at the gym after catching his behavior on camera while filming her workout. 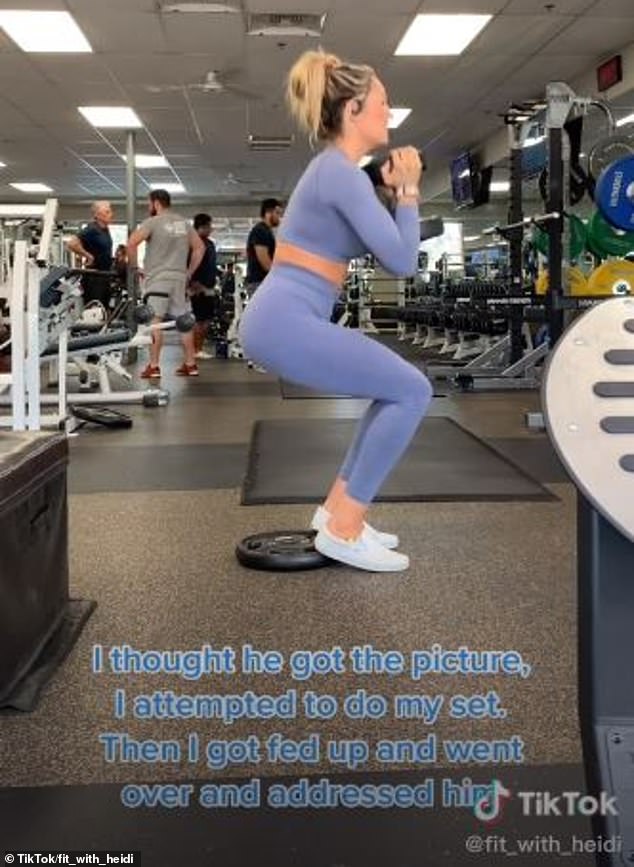 Heidi Aragon, a personal trainer in Orange County, California, shared a TikTok video of herself confronting the stranger after numerous attempts to get him to stop watching her work out. 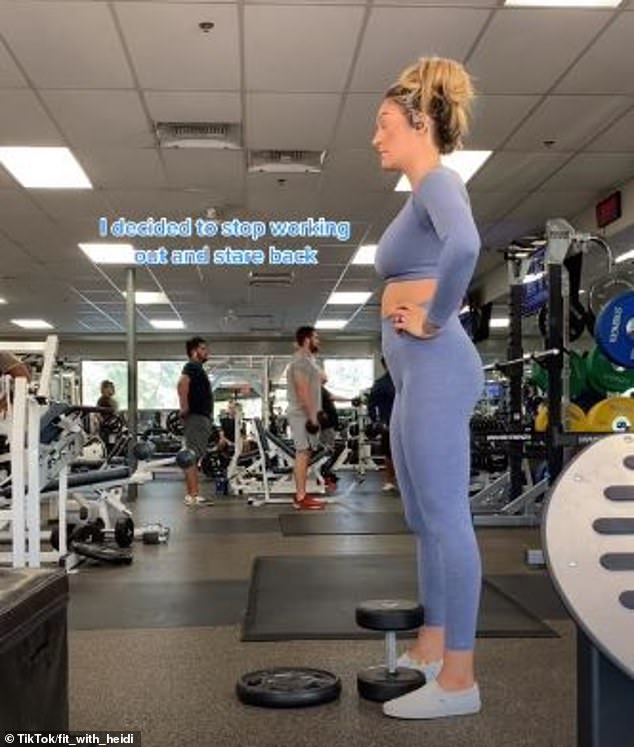 ‘This creepy old guy at the gym kept coming over and staring at me,’ she explained using the app’s text to voice feature. ‘So I told my husband, and he came over and worked out next to me.’ 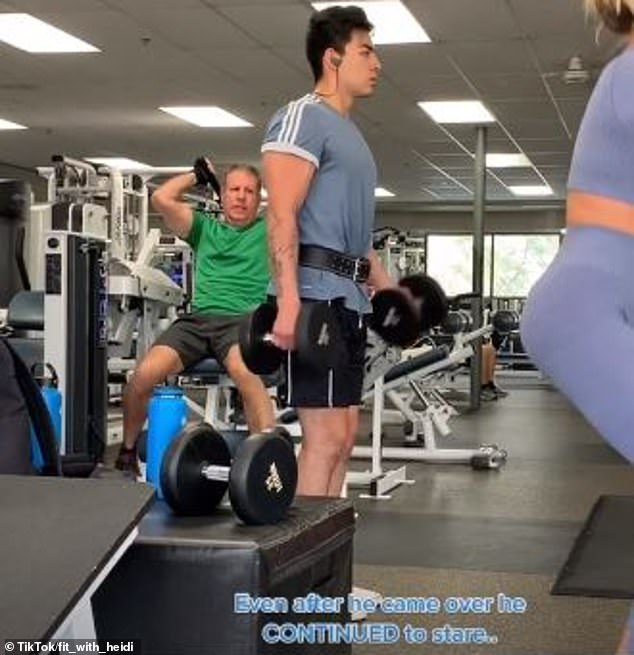 The footage shows the man sitting at a machine and watching Heidi, even after her husband came over and stood between them. ‘I decided to stop working out and stare back,’ she said. ‘I thought he got the picture.’ 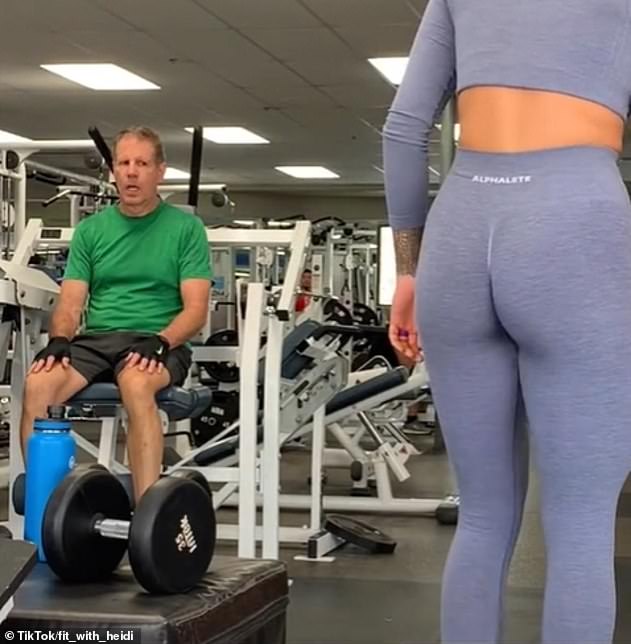 However, when she attempted to do another set, she realized the stranger was still staring at her. She claimed that she got so fed up that she walked over and confronted him about his behavior, which he initially denied. 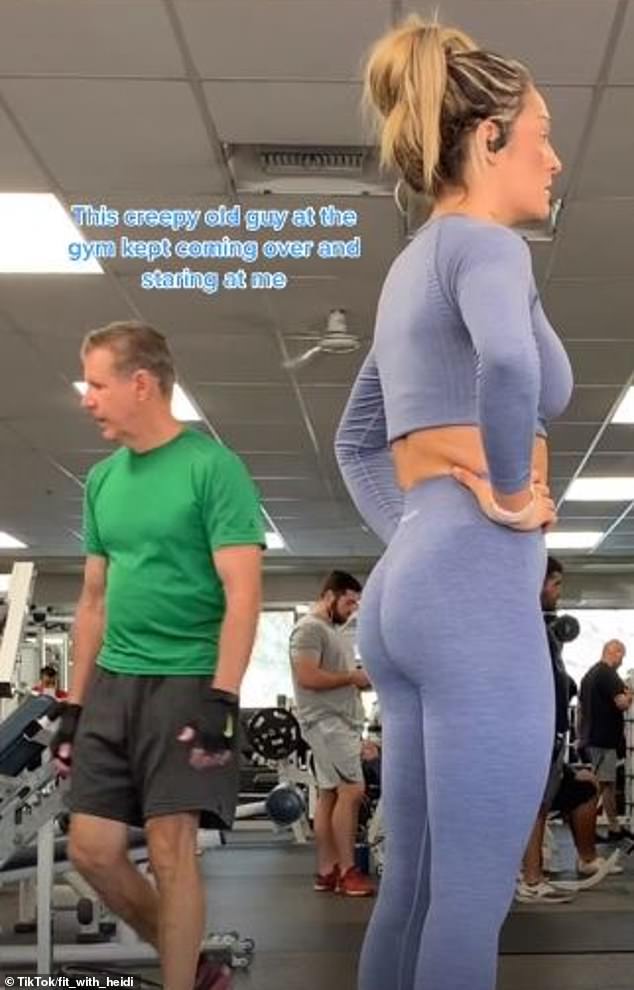 ‘I told him if he’s gonna work out in this corner, he needed to stop staring and making me uncomfortable,’ she said. ‘His response was: “I’m just looking around.” ‘I then told him I record my workouts, and I have him on film,’ she added. ‘He shut up real quick.’ 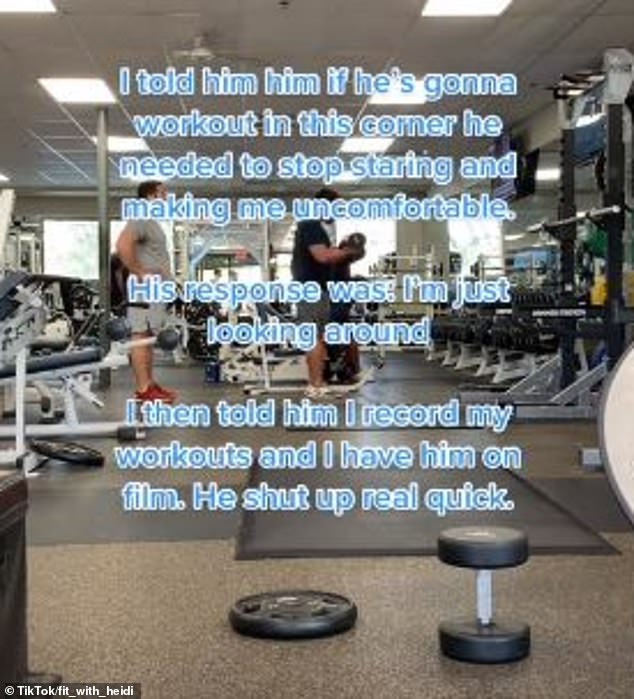 Heidi shared her outrage when she posted the now-viral video last month, which has been viewed more than 17.4 million times. ‘Don’t sit there and tell me you’re not doing something when I have proof,’ she wrote in the caption.

The trainer’s video has received nearly 30,000 comments, so far, and while many people praised her for calling the stranger out, there were some men who defended his actions.

Critics who missed the point blamed Heidi for wearing purple leggings and a crop top while arguing that she posts videos of herself working out thousands of people to watch.

‘Just because she’s wearing a certain type of pants doesn’t give him the right to stare repeatedly. It’s not a hard concept,’ one person wrote. ‘She [is] literally wearing normal workout gear for a [woman].

There is no excuse for that man’s actions. It doesn’t matter what she wears,’ someone else insisted.

Another added: ‘What she wears has nothing to do with this. I’m a lesbian woman and don’t stare. It really isn’t hard. Guys are just creeps.’ If guys ever wonder why [girls] only gyms are becoming more popular, read the comments,’ one TikToker pointed out.

#TikTok Superstar Confronts 'Creepy Old Guy' At The #Gym "I Have You On Film!" pic.twitter.com/swfcI2Bybn