The Most Gangster Moment In Ultimate Fighter History “Nate Diaz” 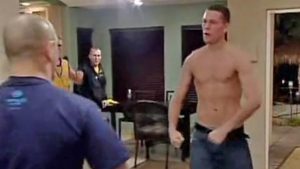 Nate Diaz is difficult to control in unexpected situations. He is a mix of crazy and focused, a fighter who explores all avenues. He doesn’t care about the world or what people say about him. The hate of the people actually powers him. The thing that makes Nate an exceptional fighter is that he’s always just himself. He is straight forward and often speaks without thinking about what he is saying. Sometimes he gets horribly furious. 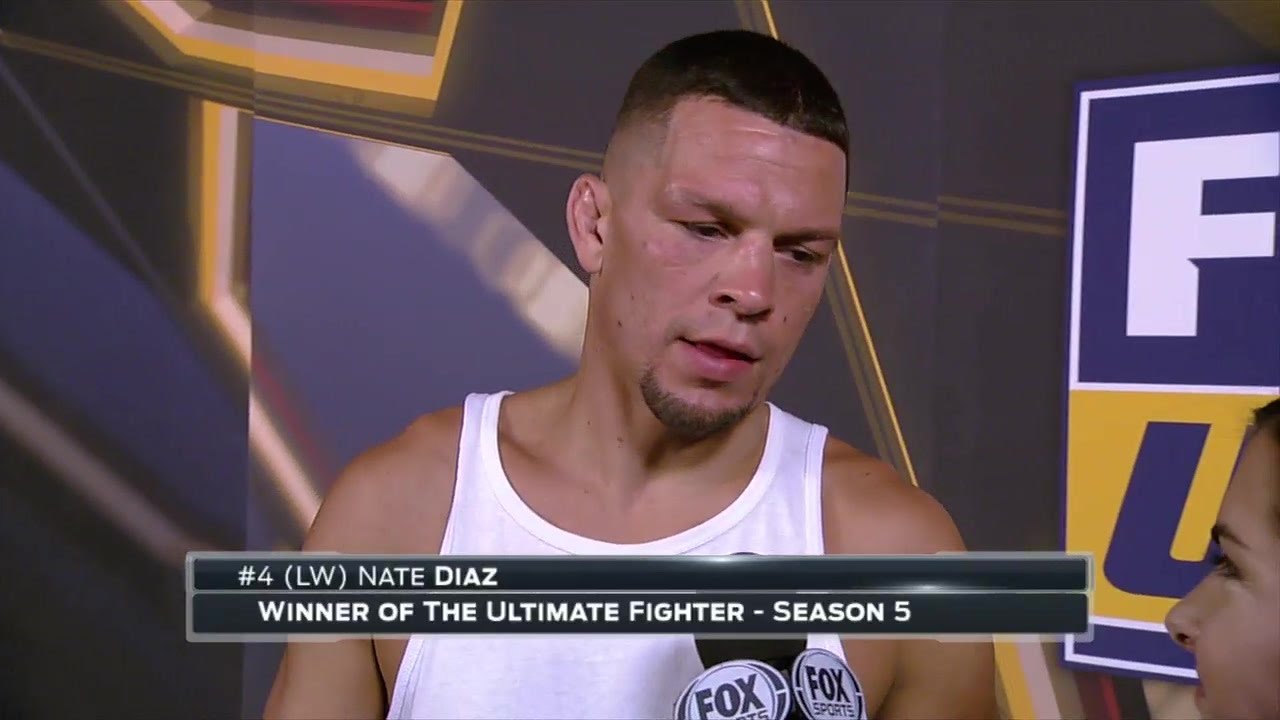 A terrible situation happened back in 2007 on The Ultimate Fighter 5. It was a joke, but Nate Diaz and his teammate Manny Gambury didn’t take it as a joke and things started getting out of control. Diaz got furious and reacted badly to this joke carried out by some opponents of the Penn team. Diaz was personally hurt by this act. 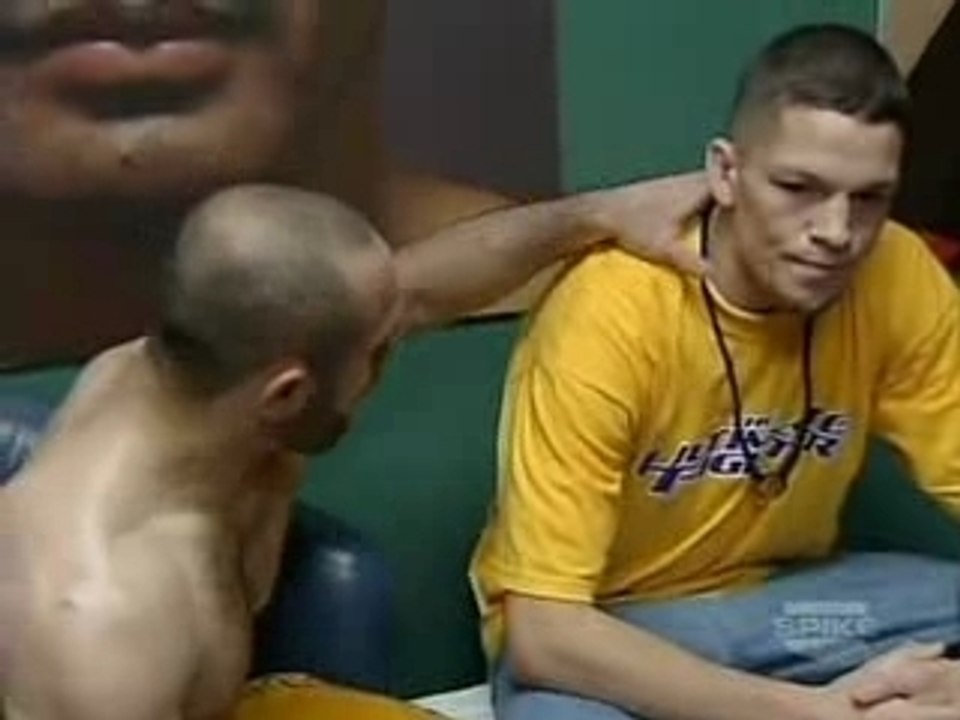 Someone from the opponent team wrote ‘Suck it Team Pulver’ on the walls in the fighter house. It was just a prank but Diaz didn’t saw it that way. Diaz entered the room of a fighter house and asked angrily about the person who wrote it. He showed his anger by using gangster words. He seemed like a fool, showing his contempt, he was completely out of his mind. 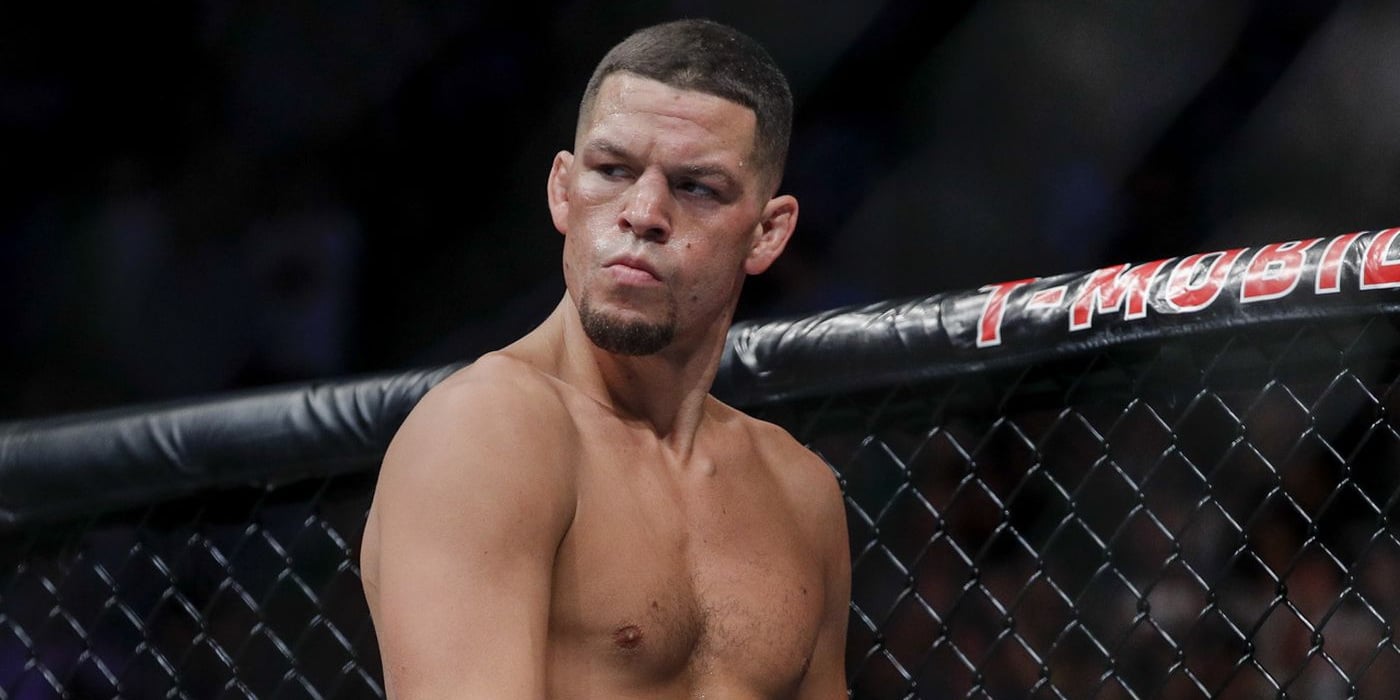 It was Rob Emerson who wrote these bad remarks on the wall as a joke. Unafraid of Diaz, Rob Emerson admitted his mistake. Then something unusual happened. Instead of acting mature, Diaz started a fight with Emerson. He took off his shirt and hat and started stretching his body acting as a strong man. Both of them were getting worse and worse by the second than one of the other housemates got in the middle of the fight and told them to stay calm.

He advised Diaz not to fight in the house but Diaz was so mad at him that he continued his one-sided war cries saying that I will not bear if someone writes something bad about me. Soon Diaz got a chance to take his revenge in The Ultimate Fighter 5. In the US Rob Emerson was recently the #21 ranked Bantamweight fighter. In a total of 36 matches that he played in his life, he won 20 and lost 15. He is the toughest fighter.

Both of them were pretty confident in their abilities. As the fight began both started staring at each other. Diaz punched Rob’s face a couple of times, Rob Emerson was continuously defending himself. Nate was using a good technique, he got Rob in an arm lock tightly. Rob Emerson defended as much as he could. But finally, Diaz got Rob’s back and he sank in a naked choke.

Diaz defeated him in round 2. This fight probably was the best fight for Diaz because he was able to take revenge by defeating Rob. In the grand finale of The Ultimate Fighter 5, Nate Diaz was fighting against Manny Gamburyan. Both of them started the fight with great potential and looking for an early takedown of the opponent. 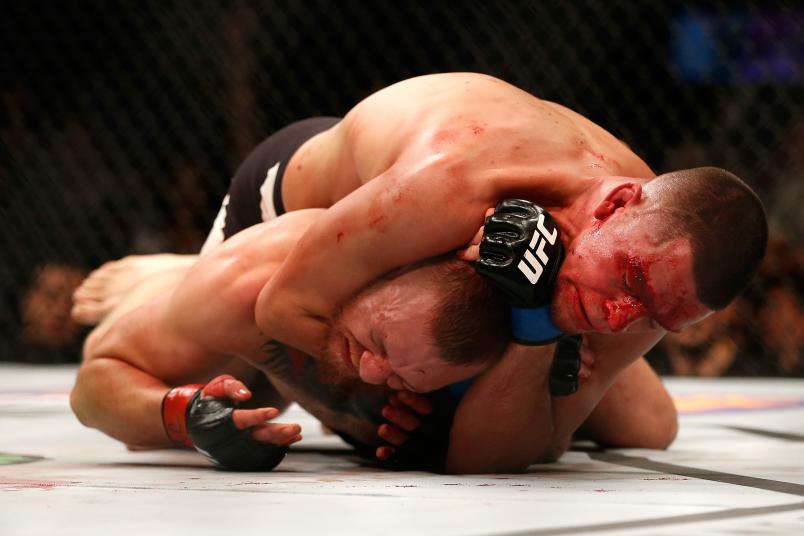 The fight was impressive. Manny had a great start, he was looking very good in the first five minutes of the competition. After round one ended and the second round began both were fighting with great potential but only one man was to be The Ultimate Fighter. In the end, Manny was taken down by Diaz and his shoulder popped out. He laid down in pain and tried his best to continue to fight but the attempts were useless. Finally, Diaz won The Ultimate Fighter 5 by defeating Manny Gamburyan.