Khamzat Chimaev Pulled From Main Event, Nate Diaz Vs Tony Ferguson Is On! 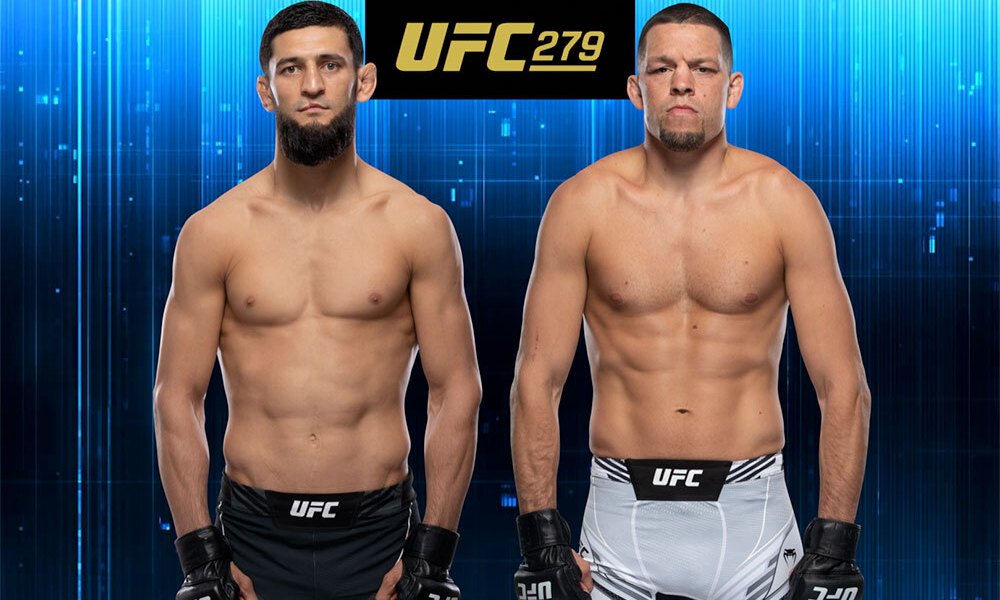 Breaking news has just came in regarding the main event of UFC 279. UFC star Nate Diaz was scheduled to face Khamzat Chimaev in the main event but that fight is now off.

I’m told Khamzat Chimaev is currently in the range of 8-10 pounds off.

Sources inside the event have told us that Tony Ferguson will now replace Khamzat Chimaev and face Nate Diaz in the main event.

The Athletic Commision was forced to remove Khamzat from the card as his weight cut has become too dangerous.

Khamzat Chimaev's weight has been mentioned multiple times on the pre-fight weigh-in show. I'm told a backup plan was organized hours ago by the UFC. They're anticipating a miss. So in case anyone is curious if there is legitimate concern, there is. #UFC279

There is no opponent who frightens the MMA icon from Stockton, California. That includes the undefeated wrecking ball Khamzat Chimaev, who Diaz faces Saturday in the UFC 279 main event.

But Diaz is human. And while he is willing to take on anyone in the cage, that isn’t the case in the wild.

Khamzat Chimaev is very much in jeopardy of missing weight, I’m told.

Lots of moving parts. Obviously, if he’s off by a lot there are two 170ers in the co-main who can get bumped up.

Very much developing. All happening now.

“I was running in the mountains this one time, and some m———– told me there were mountain lions around us,” Diaz says. “That was scary as f—. They can run, and they creep up on you.”

In addition to mountain lions, Diaz admitted to one other fear. 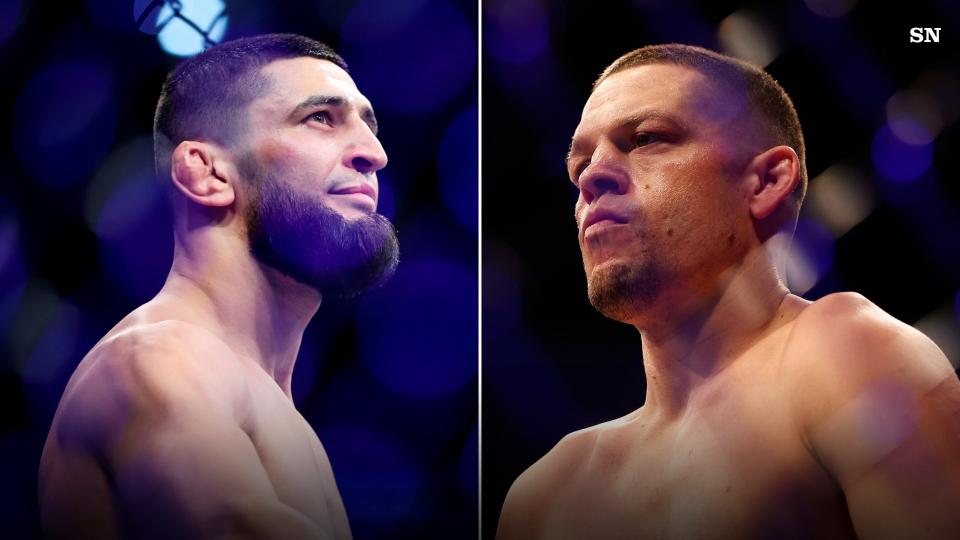 “Getting eaten by a shark,” Diaz says. “During my travels I was swimming in this pier, and there were sharks in the water. It was overcast and dark, but we jumped in that water. I was scared with every breath I took. I still get scared thinking about it. It’s probably the scariest thing I’ve ever done.”

Fortunately, Diaz won’t be bothered by a mountain lion or shark Saturday. He will, however, have to contend with Chimaev. With the exception of his last fight, where Gilbert Burns nearly knocked him out, Chimaev (11-0) has defeated opponents with relative ease.

Chimaev is the overwhelming odds favorite, but Diaz (20-13) has no issues being the underdog. He is looking forward to fighting in Las Vegas, where his long history makes this feel like a homecoming.

“I do feel like that,” Diaz says. “I spent two years of my life fighting in Vegas. It feels right.”

The bout at 279 marks the final UFC fight for Diaz. His next venture is as a promoter with Promoting Real Fight, Inc., where he plans to continue fighting. 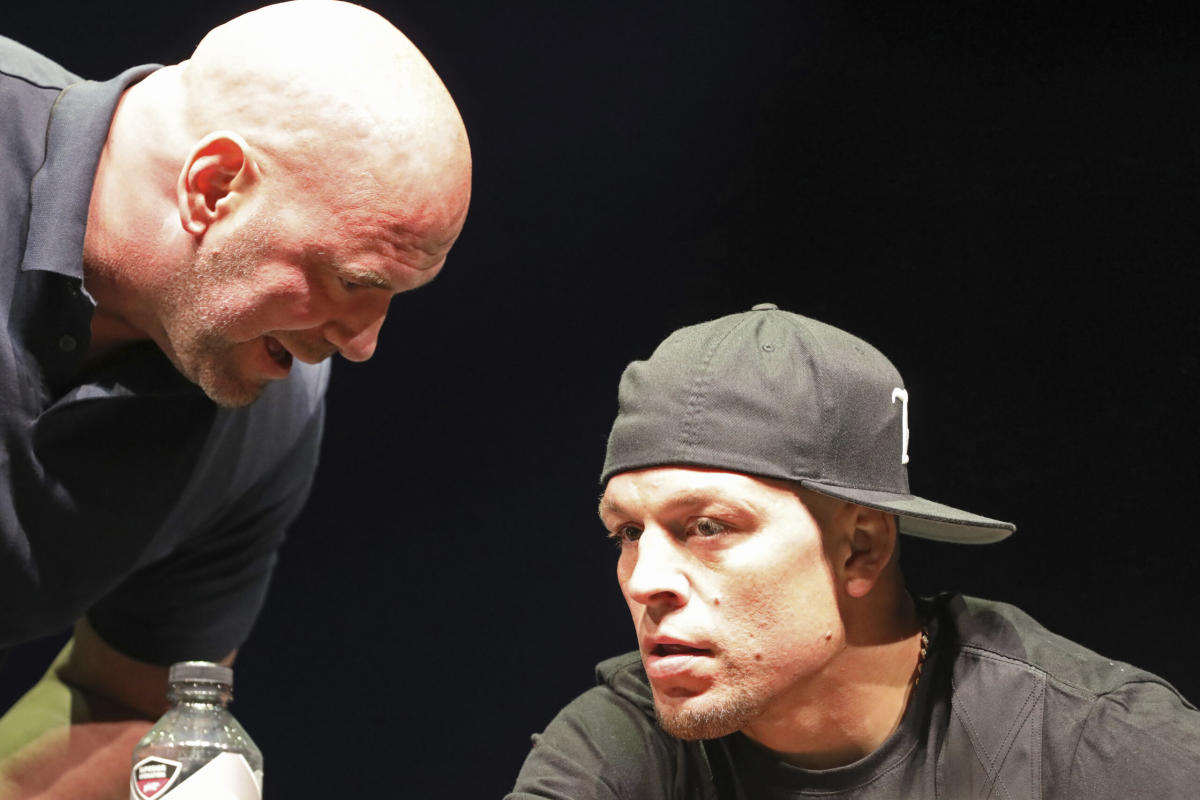 “Real Fight, Inc. is going to be the real deal. People are going to see the best, so keep your eyes open.”

Over the years, Diaz’s contract with UFC has seemingly turned into an albatross hovering over him. At 37, he is now eager to build his own future. 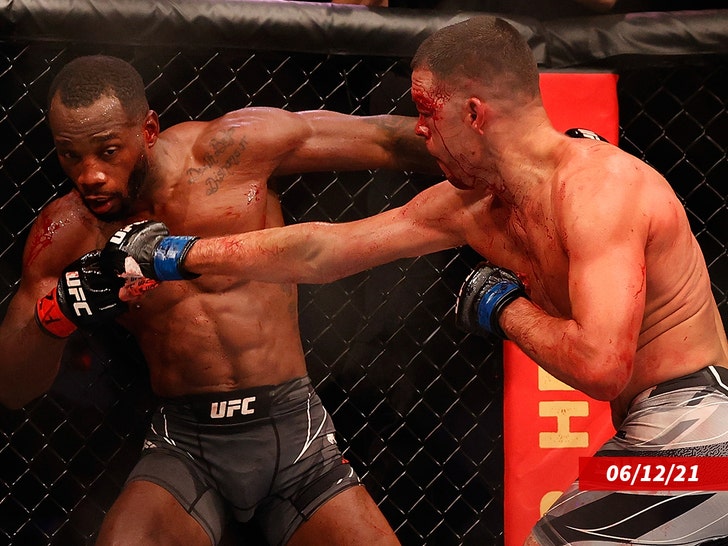 “The UFC, they’ve been dropping the ball left and right, making me wait [for a fight],” Diaz says. “I’m done with a contract. That’s why I’m done with the promotion. I’m not signing any contracts now. I’m doing my own thing.

“I’m proud of what I’ve done so far. But we’re just getting started.”