Daniel Cormier Is Back! And His Return Fight Is Going To Be Epic! 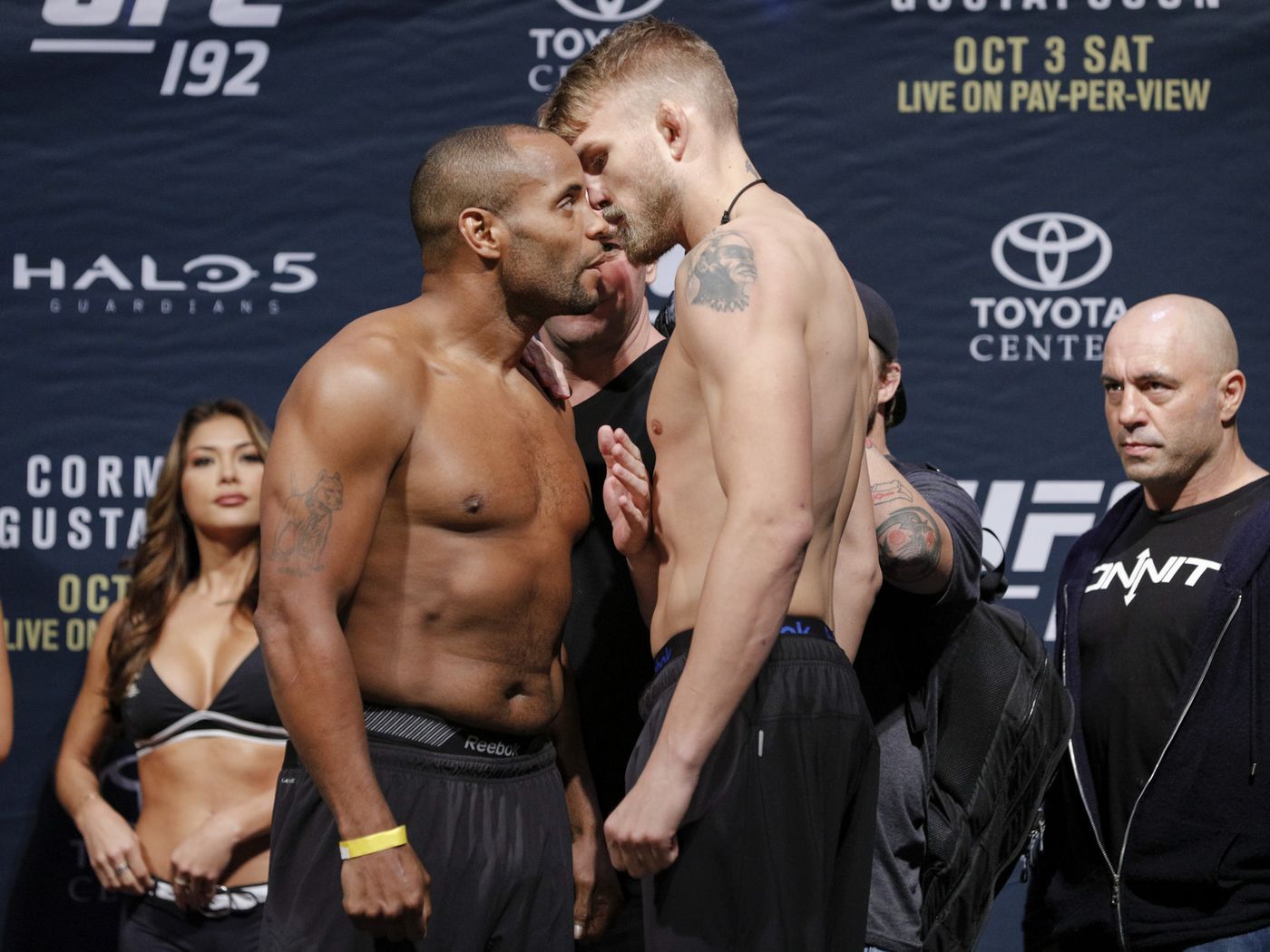 Daniel Cormier doesn’t have anything left to prove in MMA, but that doesn’t mean the UFC Hall of Famer is totally ruling out one last fight before he hang up his gloves for good.

If former UFC dual-weight champion Daniel Cormier were to return, it would take place at 205-pounds.

‘DC’ retired from the sport following his loss to Stipe Miocic at UFC 252 in August 2020. The defeat, combined with his back issues and age, made it an easy choice to hang up the gloves. Last month, Cormier was inducted into the UFC Hall of Fame for his incredible career.

“I said this when I retired, I said I’m only going to fight for championship belts,” Cormier said Friday in a Twitter Q&A with Monster Energy. “But it’s like, I don’t deserve a heavyweight championship fight. Stipe [Miocic] is not the champ.

He beat me the last couple times. I don’t deserve a shot at the heavyweight title. If I was ever going to fight again — and which, I don’t want to — I would have to go all the way back to 205 pounds

“Why? Let me tell you why. Because I didn’t lose. Remember, I vacated the title whenever I didn’t want to go back down there, when [Jon] Jones was going to fight [Alexander] Gustafsson. So because I vacated the title, now maybe there is some potential in, ‘Hey Dana [White], you think I could fight Jiri Prochazka for the title?’ Especially with your name recognition and what you’ve become outside of the fight game, maybe there’s some value in that.” 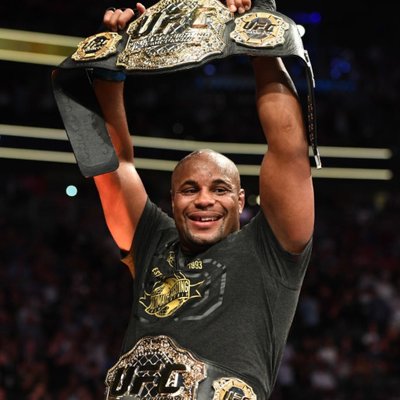 Cormier, 43, reigned over the light heavyweight division as UFC champion from 2015-18, defending his title three times before vaulting up to the heavyweight division and becoming just one of four fighters in UFC history to hold two belts simultaneously. Cormier ultimately walked away from MMA in August 2020 following back-to-back losses to Stipe Miocic.

Following retirement, the 43-year-old has never once hinted at returning to the cage. It would be hard to blame him too. Cormier is a star in the UFC broadcast booth, and also enjoys coaching on the side. 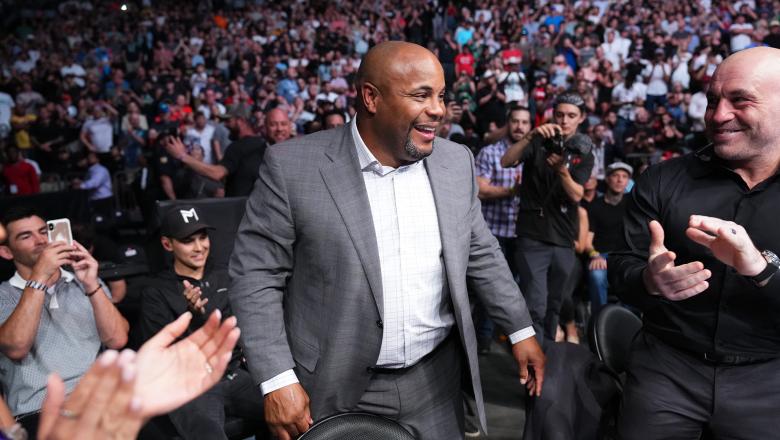 However, Daniel Cormier has now discussed a possible return to MMA in a live Twitter Q&A. While the former dual-weight champion noted it isn’t likely, he also stated it’s not impossible. Furthermore, Cormier stated if he returned, it would be at light-heavyweight.

“I don’t want to, but I would have to,” Cormier said. “I mean, if I had the desire to fight and I wanted to try to accomplish something great one more time, then it would require [going back down to light heavyweight], because there just is no title fight at heavyweight. 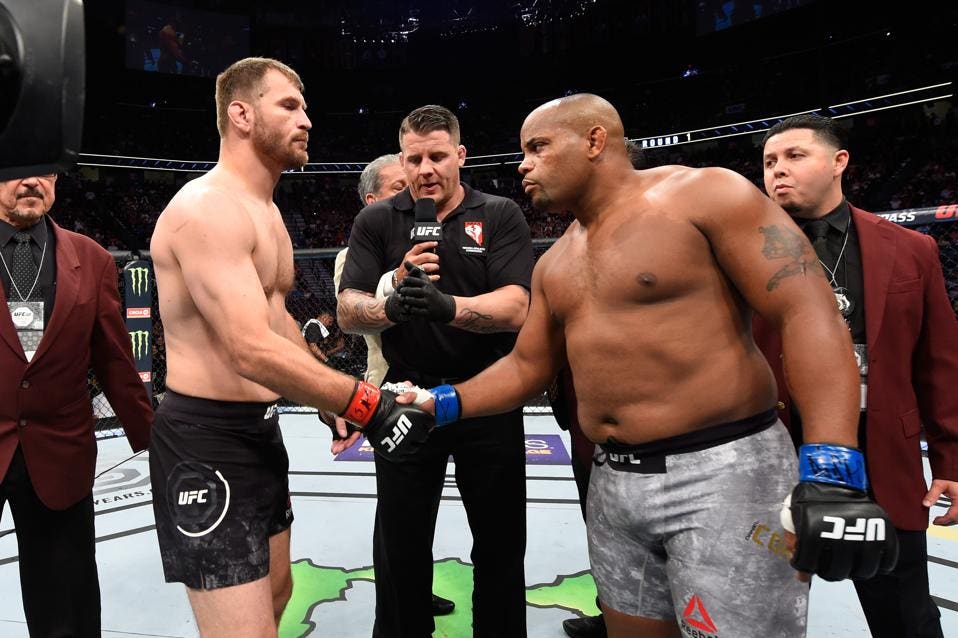 “I don’t deserve a title fight at heavyweight.”

Of course, Cormier is also well aware of his ticking clock to be able to achieve such a feat.

“If it ever happens, it better happen soon,” he said. “I’m 44 years old in March. But hey, Randy Couture won the heavyweight championship at 45, so it’s not impossible.”

The comments are a bit of a surprise, given ‘DC’ ended his career at heavyweight. However, Cormier feels that with his final two losses happening up at that weight class, a return at 205-pounds gives him a better chance for a title.