Charles Oliveira Beats The Daylights Out Of Justin Gaethje In The 1st Round! 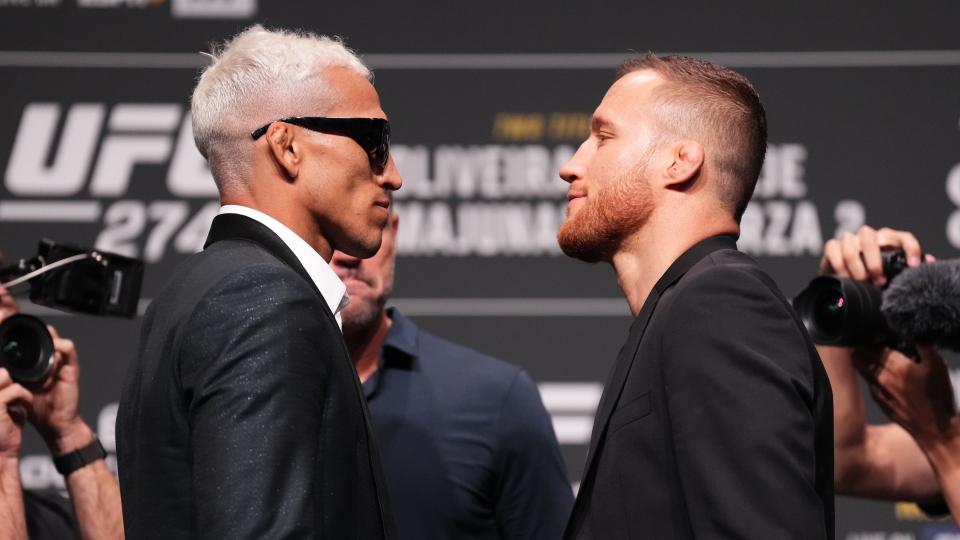 Charles Oliveira didn’t make weight on Friday and must vacate his lightweight title. Now only Justin Gaethje can claim the belt during UFC 274.

Oliveira (32-8) came in a half-pound over the 155 limit. If he wins Saturday night, he will be the No. 1 contender and get a shot at winning the title back in his next fight.

The fight against Gaethje will be the co-main event at UFC 274, along with Rose Namajunas’ strawweight title defense against former champion Carla Esparza.

Oliveira ran into trouble in his lightweight title fights against Michael Chandler and Dustin Poirier, rallying to beat both with a resolve that had been questioned earlier in his career.

The Brazilian will likely need to dig deep again against Justin Gaethje, one of the most aggressive fighters in any weight class. 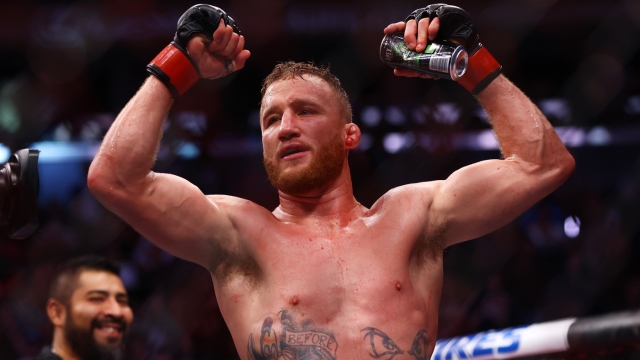 Title fight or not, it figures to be a violent nightcap to a main card that also includes Chandler facing former champion Tony Ferguson and Donald Cerrone squaring off against Joe Lauzon in what could potentially be the final fight in the career of “The Cowboy.” 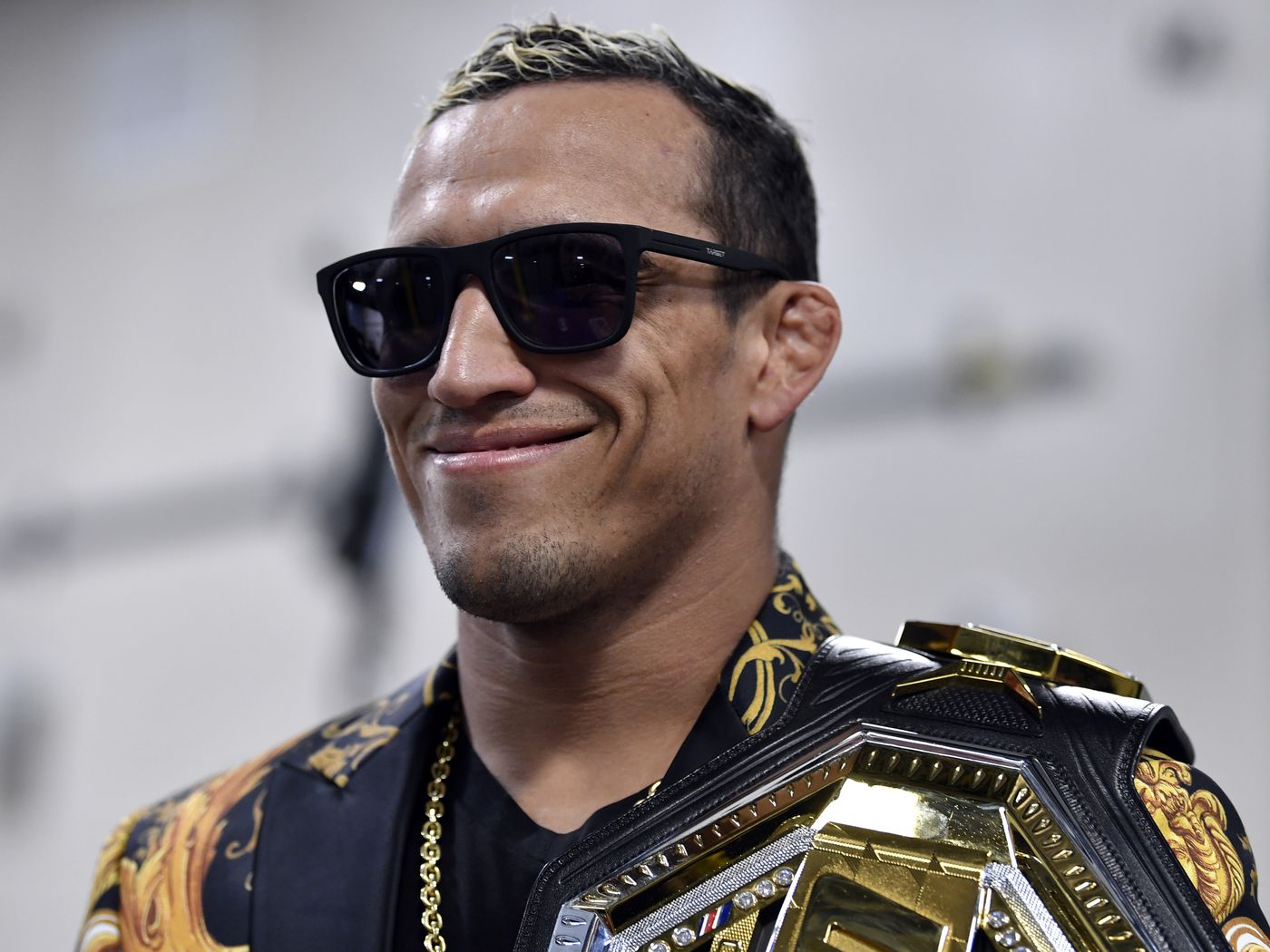 The fight with Gaethje will be Oliveira’s second since taking the lightweight title from Chandler a year ago. Oliveira was wobbled by Chandler before knocking him out in the second round and had some similar shaky moments against Poirier in December before submitting him in the third round for his 10th straight win. The wins seemed to allow Oliveira to shed his reputation as a frontrunner, but Gaethje (24-3) believes constant pressure can bring back the quit in him.

“All my criticism of Charles is from a kid that we were all talking about, we all watched grow,” Gaethje said. “Now we’re talking about a man with confidence. A different person, but ultimately the same Charles is still there.” 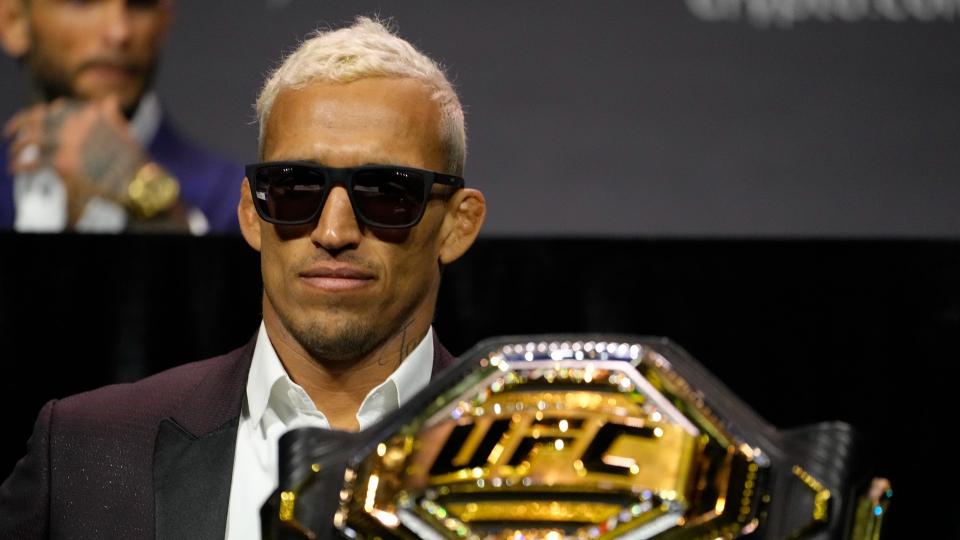 “Charles Oliveira missed weight for his UFC 274 main event bout against Justin Gaethje on Friday afternoon in Phoenix, weighing in at 155.5 pounds. Due to the weight miss, Oliveira will forfeit a percentage of his purse,” the UFC’s statement read.

“As of this moment, Charles Oliveira remains the UFC Lightweight Champion, but upon the start of the Main Event Headliner tomorrow night he will vacate the 155-pound title. The fight will proceed as scheduled, but the championship will only be on the line for Gaethje. 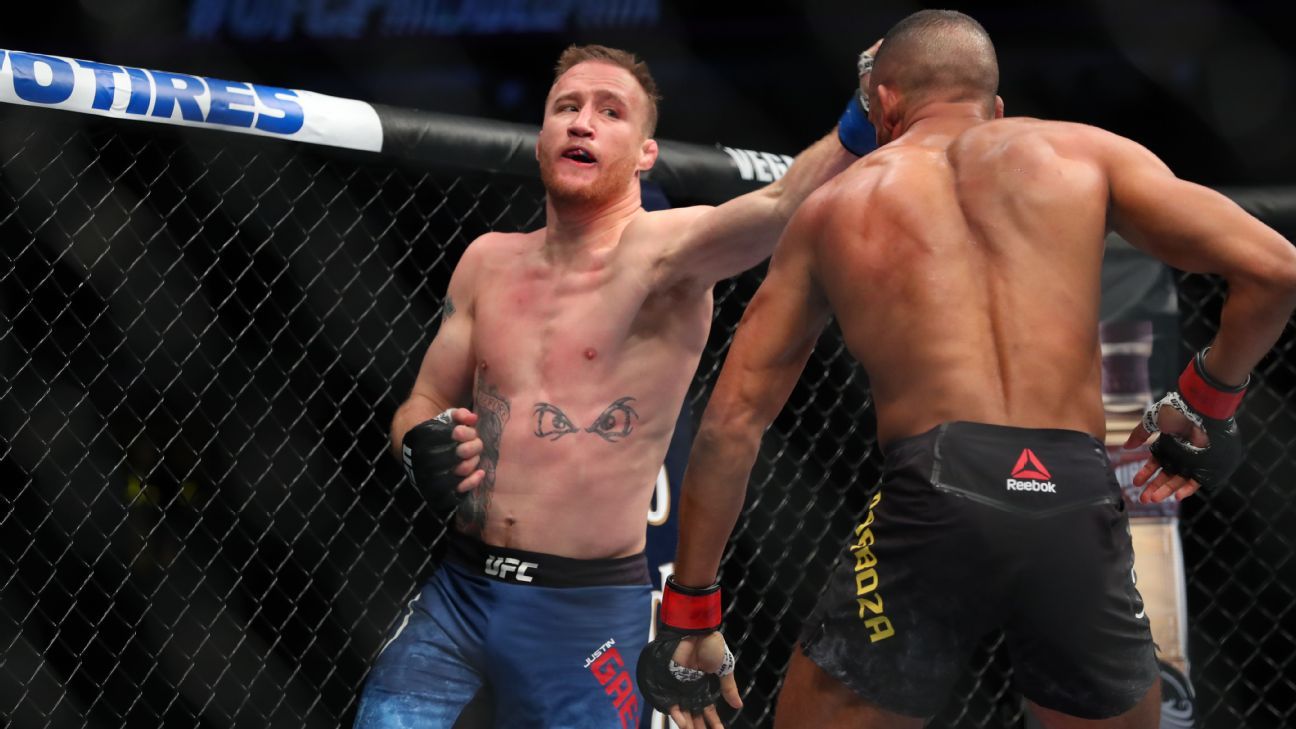 “If Oliveira wins, he will be the number one contender for the vacant Lightweight Championship and will fight the next challenger for the undisputed title belt at a time and placed to be determined,” the statement continued.

Charles Oliveira became the lightweight champ last May when he knocked out Michael Chandler to win the vacant belt.

He then defended the belt once as he submitted Dustin Poirier in December but he won’t have the chance to defend his belt again as he missed weight earlier today.

As for Justin Gaethje, he still gets his shot at UFC gold which will be his second chance. Should Gaethje win, then he will face the next contender but if Oliveira wins, the belt will be vacant but he will be one-half of the vacant title fight.

The most dangerous finisher in the UFC strikes again 💥

All the drama of fight week comes to a head as Charles Oliveira and Justin Gaethje battle for big lightweight implications! #UFC274 pic.twitter.com/B7EADx7VbM