Anderson Silva scored a knockdown during a dominant performance over Bruno Machado to continue his successful run in the boxing ring and set up a potential clash with Jake Paul.

The Brazilian star has made a seamless progression to the boxing ring from his time as a UFC middleweight champion and has shown a flair for the sport even at the age of 47.

Silva was delighted with his latest performance in the ring after the fight and revealed he would take part in a Jiu-Jitsu tournament in the Middle East next, failing to call out rival Paul.

The 47-year-old was lacing up his gloves in his third exploit in a new sport, having previously defeated Julio Cesar Chavez Jr in a shock victory before blasting out Tito Ortiz. 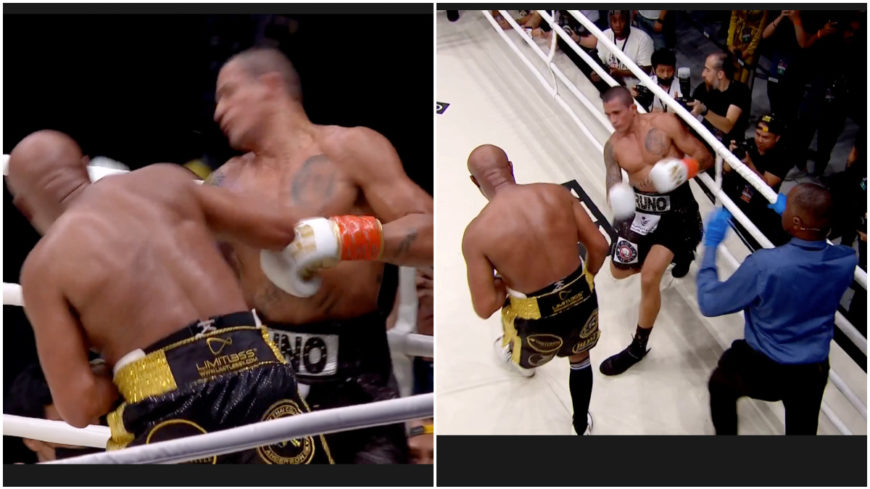 His opponent Machado had been fighting as an MMA star in Middle East promotion UAE Warriors with his last fight coming in January last year when he defeated Mickael Lebout.

After a long wait with the fight threatening to be cancelled, Silva took his time feeling out his opponent early on in the stanzas by extending out his quick jab. The 47-year-old scored a knockdown in a previously dull affair with a thumping right hand on the bell of round five. His opponent managed to beat the count and fight on after slowly trudging to his corner.

His dominance continued until the end of the bout with the Brazilian getting the better of a bout that ended with no final result. Judges were not present to score the exhibition contest which would most certainly have been scored in Silva’s favour.