Woman Tries To Control A Massive BEAST In Viral Video 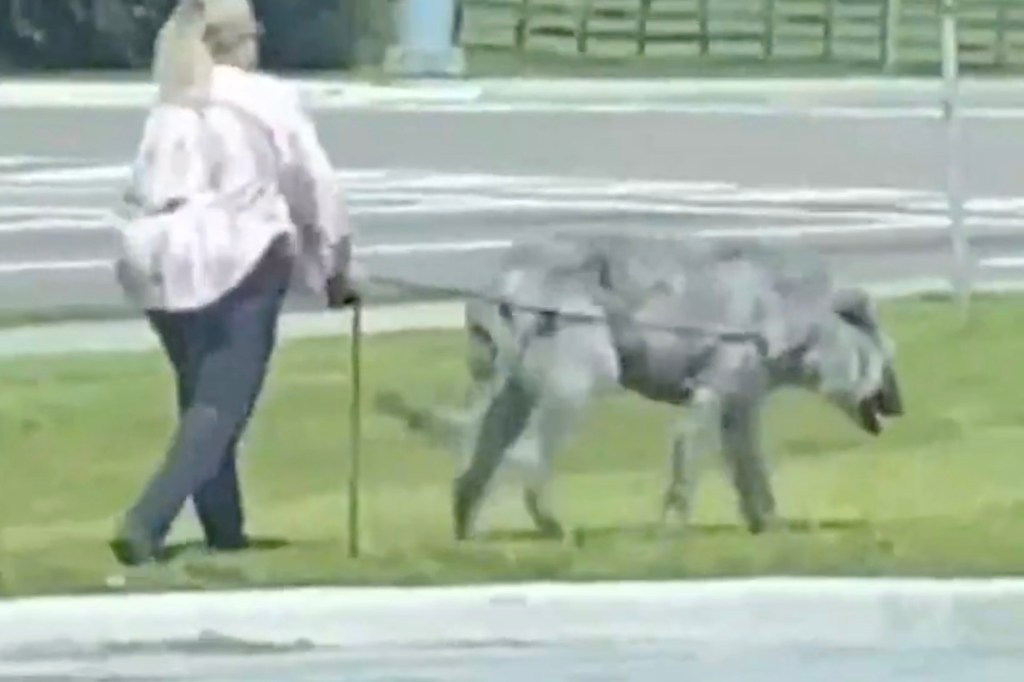 Internet users were puzzled by viral footage of a woman walking her massive mystery pet in the U.S., with some suggesting different dog breeds while others believe it was a wolf.

Footage of the creature was shared on video-blog website Worldstar on Monday, along with the caption: ‘These People Couldn’t Believe What This Woman Had On Her Leash “Is That A Wolf Or A Dog”‘?

It’s unclear where exactly the video was filmed, although a mother and her children can be heard arguing about what kind of animal the woman’s pet is. ‘ 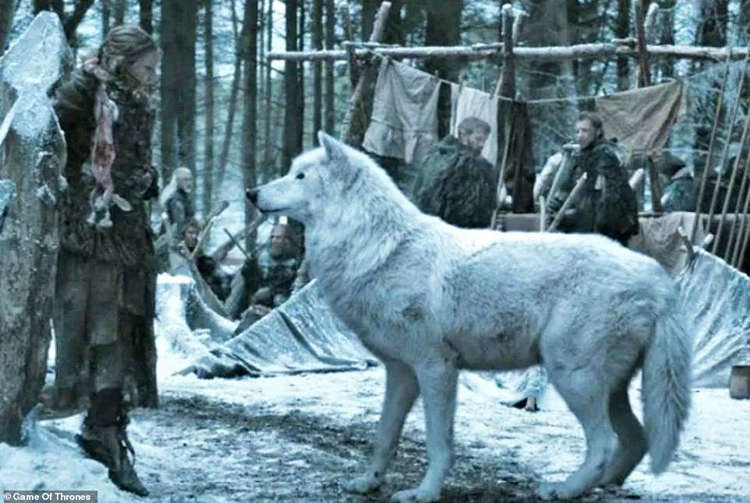 That’s big!’ one of the kids is heard saying. ‘Is that a wolf or a dog?’ her mother asks her. ‘That’s a dog mom! I saw it come through!’ the child responded. The video of the mysterious creature quickly racked up over 100,000 views.

Several commenters pointed out the beast’s resemblance to the dog breed Irish Wolfhound due to its shaggy gray hair and substantial presence.

Irish wolfhounds typically live a short life compared to other breeds (between six and 10 years) due to their tall height and heavy weight. They were initially trained to chase game by speed, as well as hunt and protect humans from wolves.

They are also known for their sweet temperament and are described as ‘thoughtful, dignified, loyal, patient and generous.’ Pictured: An Irish wolfhound.

Others joked the pet was a hyena or a werewolf while one user suggested a mix of two breeds. ‘That’s a half Wolf, half German Shepherd. I own one myself. That’s not even the biggest they get.

I’m 6’6″ and it can get its paws up to my shoulders on its hind legs. But they are so sweet, wouldn’t harm anyone,’ the user wrote. Another individual commented: ‘She got Jon Snow’s Dire wolf out there,’ referring to one of six pups adopted and raised by the Game of Thrones character (pictured).