Paddy Pimblett Does It Again! 1st Ever To Finish Jordan Leavitt 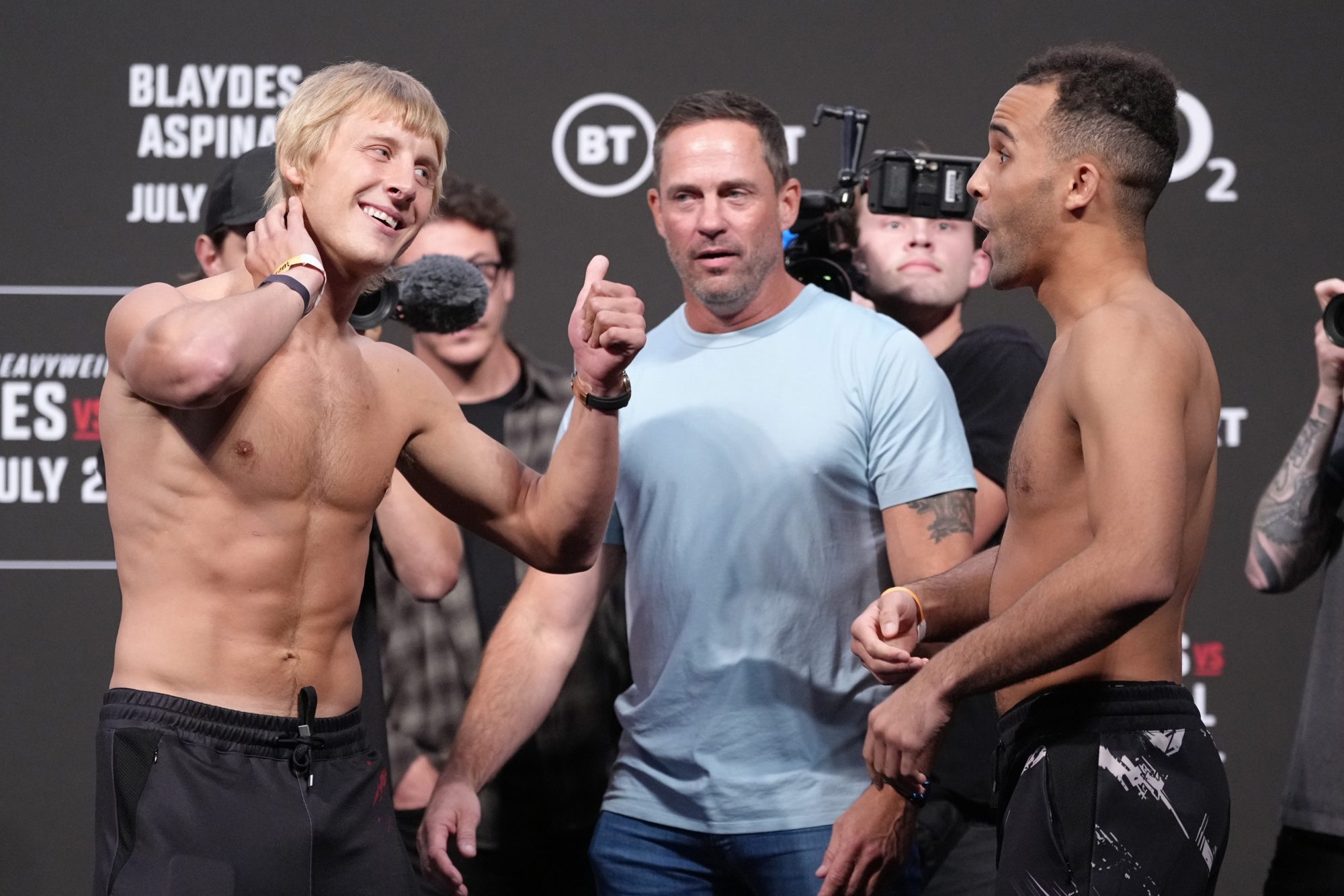 Undefeated UFC lightweight Mark Madsen thinks former Cage Warriors FC champion Paddy Pimblett is one of the most overhyped fighters on the UFC roster and could potentially lose to Jordan Leavitt at UFC London tomorrow.

Madsen, a decorated Greco-Roman wrestler with an Olympic silver medal, claims “The Baddy” has a “weak chin” waiting to be exposed by the right opponent.

We’re mere hours away from UFC London, one of the most highly anticipated “Fight Night” events of the year. Aside from the Heavyweight clash in the main event between top contenders Curtis Blaydes and Tom Aspinall, one of the biggest draws is brash Lightweight prospect Paddy Pimblett, who’s set to square off vs. Jordan Leavitt on the main card. 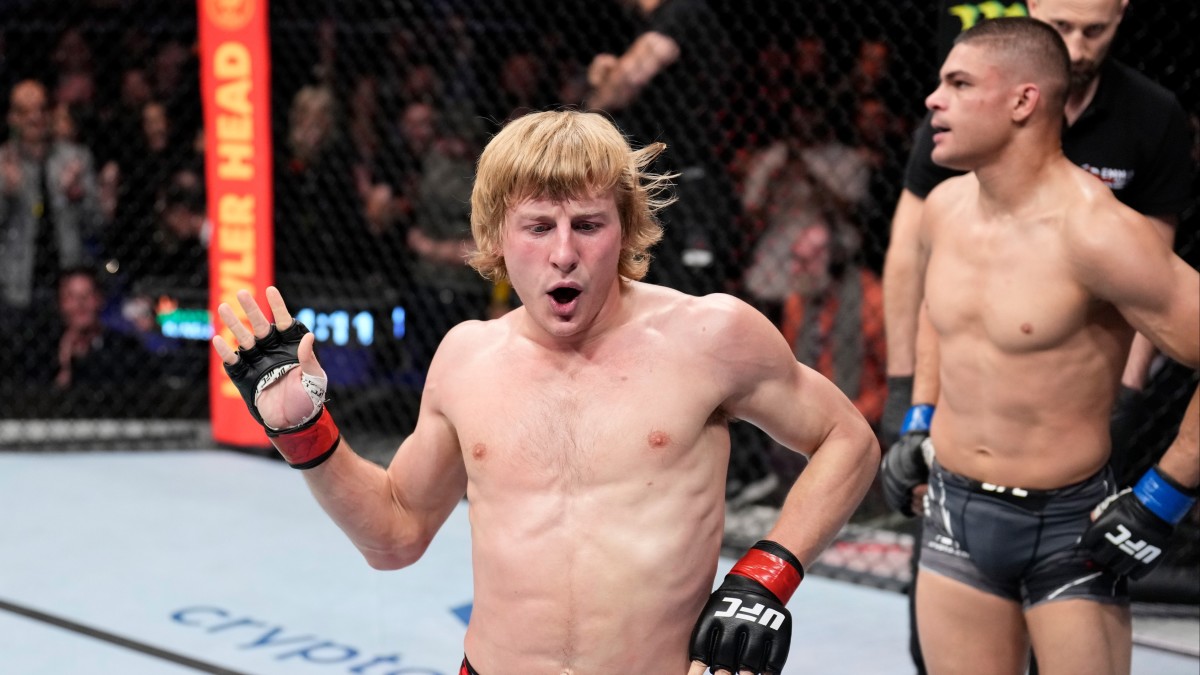 But it may not come to that, as “The Olympian” thinks Leavitt could end up derailing Pimblett’s UFC hype train with an upset submission victory on Saturday, claiming “The Monkey King” has a decent enough ground game to submit Paddy.

“Paddy gets his opponents spoonfed. He hasn‘t faced anyone that challenges his weak chin and weak wrestling yet,” Madsen (12-0) told Vegas Insider ahead of UFC London. “Leavitt has a decent ground game and I would not be surprised if he finishes Pimblett via submission.”

Pimblett is not amused and has a unique celebration of his own planned for Saturday after he beats Leavitt. 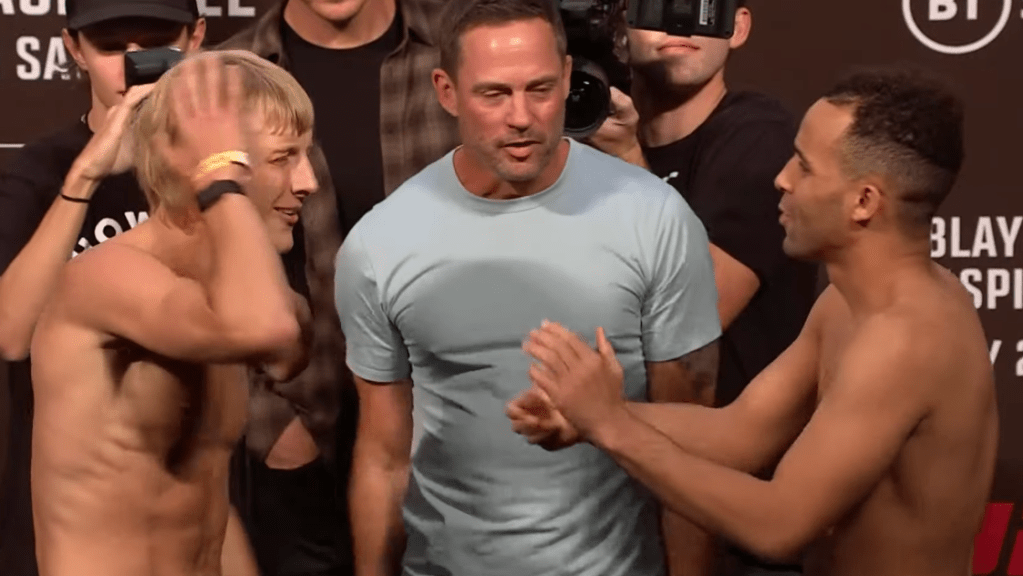 Minutes before Pimblett took the stage, Leavitt had a news conference of his own. He predicted the matchup wouldn’t be as thrilling as some fans anticipate, with both fighters likely resorting to their grappling. Pimblett had a different vision, however.
“All my mates will be in a mess by then,” Pimblett said.

“I’m sure they’re going to be sloshed. 9 o’clock. That’s what I mean. He’s only ever fought in the Apex. He’s never fought anywhere else. He’s never fought with a crowd. Now he’s fighting with my crowd. Like I said, his head is going to fall off. As I was saying before, this probably might be the first ever time someone sh*ts themself in the octagon.” 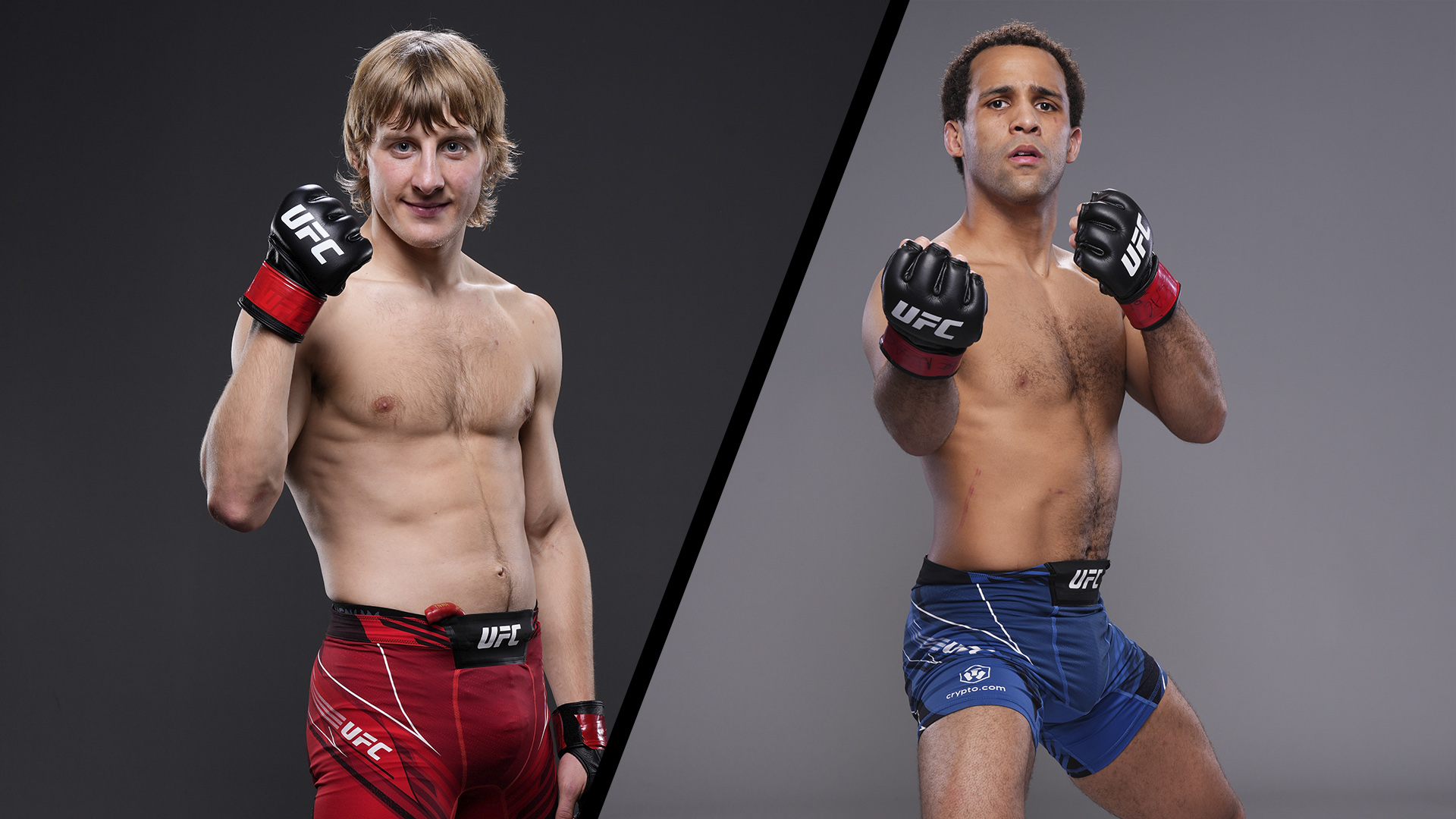 There will be no touch of gloves at the beginning of this fight, said Pimblett. That’s a deviation from the norm for him. Another difference from past matchups? Pimblett said he actually intends on hurting Leavitt. It’s more than just a competition at this point.

“I’ve never really been pissed off leading up to a fight,” Pimblett said. “(Luigi) Vendramini and (Kazula) Vargas were respectful, as I was to them. He’s a little maggot, and I’m going to proper batter him for it. I’ve never come into a fight once to hurt my opponent. I’m going to hurt him. If I get the chance, I’m going to split him open with elbows or rearrange his face.”

Leavitt has fought only at the UFC Apex over the span of his three-fight promotional tenure. Pimblett thinks the magnitude of The O2 packed to the rafters with screaming fans could present some problems “The Monkey King” might be overlooking.