Footage captured by The Daily Stardust shows the YouTuber-come-boxer standing outside a nightclub in West Hollywood while a bunch of fans took pictures of him and asked him about his rumored fight with Mike Tyson.

One person in the crowd told the social media influencer: “Are you a p***y or what?” That question shut everyone up and Logan’s face dropped. The hater calmly walked away, however Logan caught up with them and grabbed them by the arm. The influencer spun the heckler around, causing them to lose their phone, before Logan knocked the person on the side of the head.

He tried again to hit the person before Impulsive podcast co-host Mike Majlak intervened and separated the two. A security guard eventually dragged the heckler away and Logan didn’t seem one bit impressed about the whole incident. People have been baffled by the confrontation, especially considering Logan could have just shrugged off the comment. There has been a lot of speculation that Logan could soon be stepping into the ring with Tyson thanks to popular news and entertainment show Drama Alert.

Tyson said he’d love to fight Logan Paul – or his brother Jake – following comments the YouTuber made back in June, suggesting he could easily take on the former heavyweight world champ as he was ‘old’. And now it seems things may be progressing, with reports saying that the two may be fighting each other in just a matter of months. Keem Star, of the YouTube show Drama Alert, tweeted to say that ‘sources’ indicated that Paul would be going against Tyson in ‘Feb 2022’. 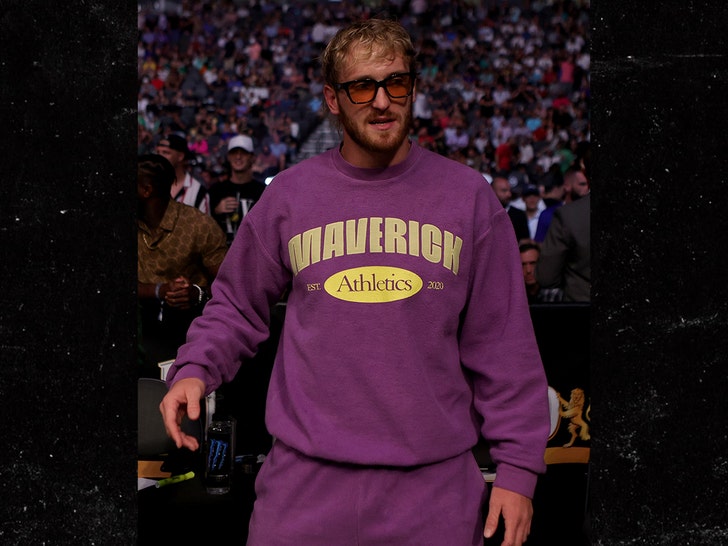 Tyson, 55, stepped out of retirement and back into the ring for his exhibition fight against Roy Jones Jr. last year. And it seems now he’s up for more, having discussed large-scale, celebrity boxing matches in a recent episode of his Hotboxin’ YouTube series.

#LoganPaul Smacks The Soul Out Of A Disrespectful Fan#boxing #mma #ufc #youtube pic.twitter.com/pLtEkiiHby