Daniel Cormier “Colby’s Not A Street Guy! He’s Not Equipped To Handle Masvidal On The Street” 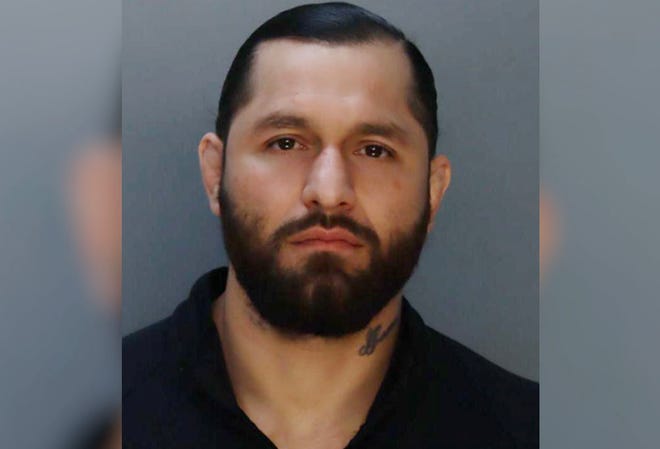 Daniel Cormier thinks Colby Covington and Jorge Masvidal need to keep it in the cage.

On ESPN’s DC & RC show, the former two-division UFC champion shared his thoughts on Masvidal’s alleged attack on Covington that reportedly took place Monday at a restaurant in Miami. Masvidal is potentially facing felony battery charges, but has not been formally charged.

Covington and Masvidal have been feuding in recent years with the bad blood culminating in a main event matchup at UFC 272 on March 5, where Covington defeated Masvidal by unanimous decision.

The fighters were not cordial with one another afterwards and Cormier thinks that the rivalry may have gone too far. He also questioned whether Covington needs to have someone around to keep him in check. “But because I know who I am, I always made sure somebody was in that place with me to make sure that I didn’t cross the line, to ensure my safety and protect everything that I was building.”

“Understanding where you’re from, knowing that if things go sideways this is a dude that I know will go and do what he has to do. You’ve gotta have somebody you trust to make sure that you don’t go and lose everything that you worked so hard for. Colby’s not that guy. Colby’s not a guy that is looking to be dealing in street things. He may talk like it. When says he’s the King of Miami, he’s talking about he’s the best fighter from Miami and it’s hard to argue that right now considering Usman’s training in Colorado.”

In interviews, Covington has directed insults at Masvidal revolving around Masvidal’s family, a tactic that he has also employed in feuds with Kamaru Usman and Dustin Poirier. The situation between he and Masvidal is particularly contentious due to their past as former close friends and training partners.

Cormier understands why Masvidal might want to take the fight outside of the octagon, comparing it to his own heated rivalry with Jon Jones, but was also critical of “Gamebred” for not taking advantage of his opportunity at UFC 272.

“It’s hard for me to really sit up here and judge Jorge for his actions being that Jon Jones and I had many altercations that almost ended up in the same way,” Cormier said. “Ultimately, people were able to stop us from taking it to the next level. But here’s the thing, a lot of these altercations happened prior to the fights happening and then we were always very clear of each other.

Cormier also brought up Khabib Nurmagomedov’s feud with Conor McGregor as an example. McGregor made pointed personal attacks about Nurmagomedov in the lead-up to their fight at UFC 229 in October 2018, including taking shots at Nurmagomedov’s religion, and that boiled over into fight night when Nurmagomedov defeated McGregor and then leaped over the cage to attack McGregor’s cornerman.

The incident sparked a brawl between their teams that led to multiple fines and suspensions. Similarly, the Covington-Masvidal beef has the potential to get worse.

“Jorge Masvidal is a fighter,” Cormier said. “He’s an absolute fighter, he’s an absolute dog, but I don’t know if it can seep into the streets like that. We saw it with Khabib and Conor. 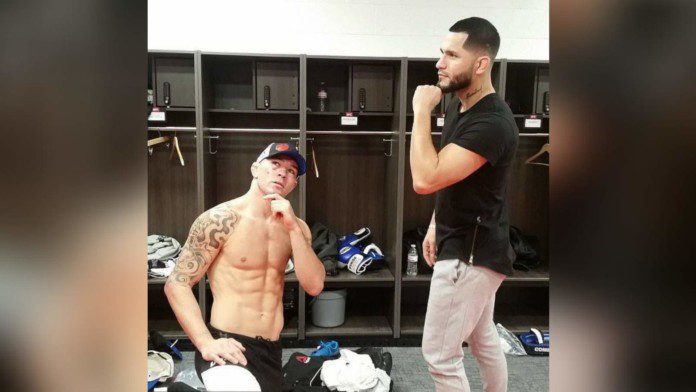 “Khabib was not willing to let it go. It went too far for him to say, ‘At the end of the fight, we’re OK.’ It went too far. And I feel like that’s what happened. … I just don’t really know if you can do it in the way that it seems to have been done because now I think that some serious stuff is gonna come out of this that these guys have families.”