[VIDEO] Man Leaps Into A Lion’s Den And Gets Eliminated! 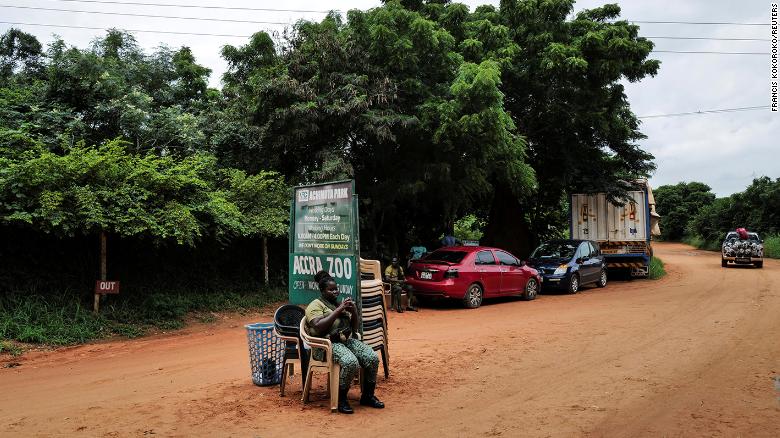 A man has been eaten by lions after breaking into their enclosure at a zoo in Ghana in an apparent attempt to steal a cub.

The man, believed to be in his 30s, was attacked and mauled to death by a lion after he jumped over the security fences of the zoo in the capital Accra, officials said.

Zookeepers found the man’s mauled body inside the lion’s enclosure at Accra Zoo on Monday afternoon. 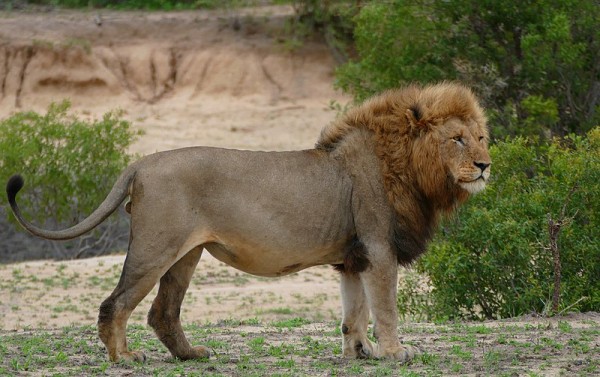 ‘The intruder was attacked and injured by one of the lions, within the inner fencing of the enclosure,’ said officials from the Forestry Commission, the state agency in charge of wildlife in Ghana.

The lion, a lioness and two cubs were still secure in their enclosure at the Accra Zoo, officials added.

The man is believed to have broken into the lion’s enclosure in a bid to steal a cub, reports Joy Online. 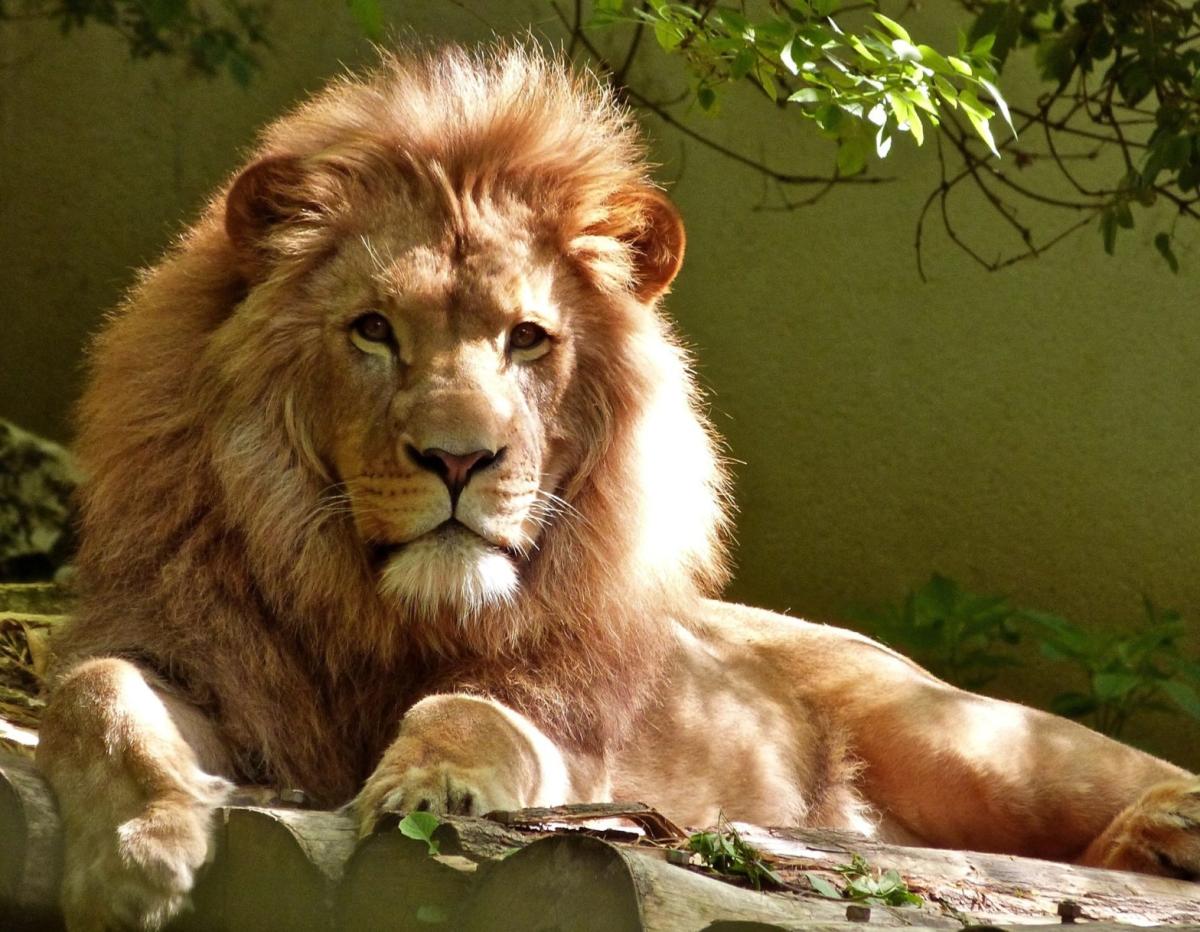 But the Forestry Commission said that the intruder’s motive is yet to be determined.

Zookeepers managed to coax the lion, lioness and their two cubs into a secure hold so that police officers could retrieve the man’s body and take it to a local morgue.

A police spokesman said: ‘We’re investigating the case to establish how the man got into the restricted area.’ 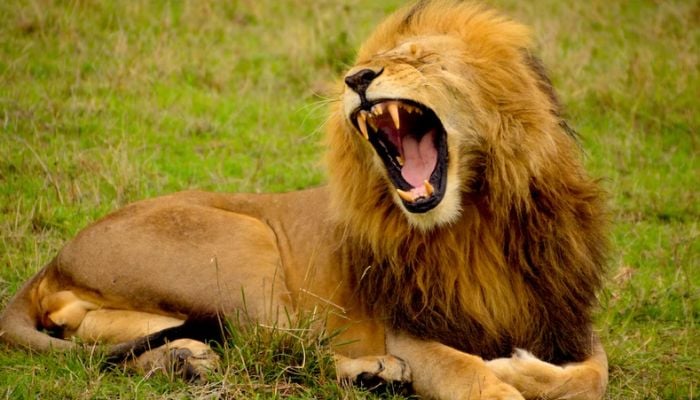 Following the incident, the Forestry Commission said officials have visited the zoo ‘to ensure all facilities remain secure’. The commission added that no lion has escaped from Accra Zoo.

The Accra Zoo was first established as a private menagerie in the early 1960s by Ghana’s first president, Kwame Nkrumah. The Accra Zoo was opened to the public after he was overthrown in 1966. 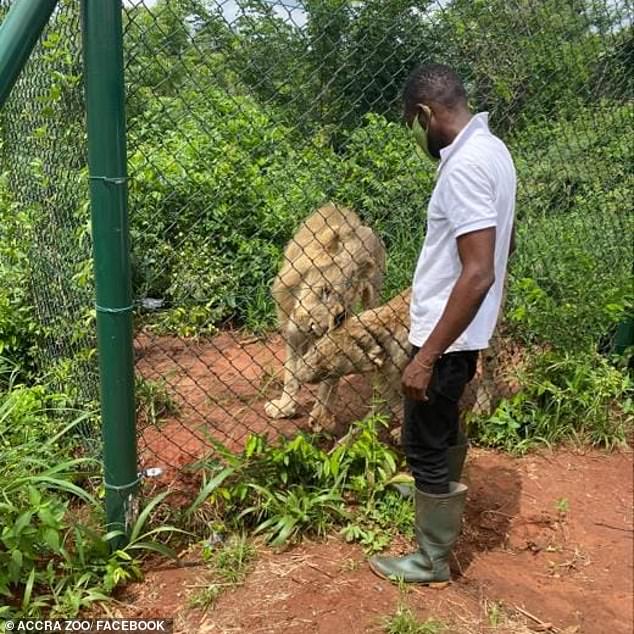 Whilst rare, there have been instances of people being mauled by animals in zoos or animal enclosures.

In Sweden, an employee of an animal park was gored to death by a large antelope on Sunday.

Richard Berglund told reporters that he witnessed the incident involving an eland as he was helping the victim take the animals into stables after the Oland Animal and Entertainment Park had closed. 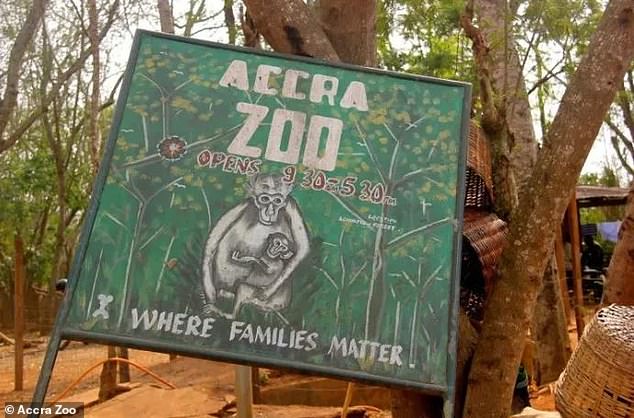 In June, a keeper at a private zoo was mauled by a tiger as he petted it during feeding time.

José de Jesús, 23, was bitten on his right hand by the Bengal tiger caged in Peribán, Michoacán in west Mexico in June, before dying later hours later from a suspected heart attack, doctors said.