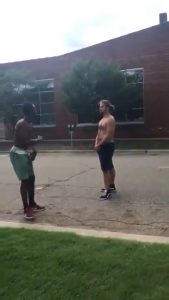 The video in this article does not clearly show why these two men had beef but it’s clear the guy in the dark shorts didn’t really want to fight.

Throughout the video, he is seen walking away… 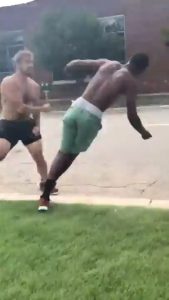 As you watch, you’ll see it’s also very clear that the MMA-trained guy did not take advantage of all the opportunities that arose to end the fight.

When he easily could have but chose not to. 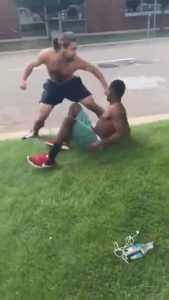 How much MMA training the guy in the dark shorts had isn’t clear either – perhaps 6 months or less (I’m guessing).

It is evident, though, that he has trained before and the guy in the green shorts has never trained, creating a very mismatched fight.