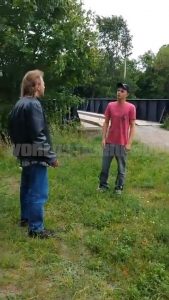 Everyone has heard tales of deadbeat dads. Fathers who walk out on their kids, heading to get a packet of cigarettes or a bottle of milk and never coming back, you know the ones.

Most of those stories don’t have happy endings, but at least the one you’re about to see comes with a helping of sweet, sweet justice. 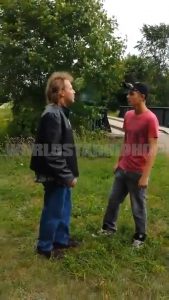 The majority of us are lucky, we grew up in fairly normal living situations, but some kids weren’t so lucky.

Lacking a parent, a guiding force and a safe space can all play horribly on children as they grow up. 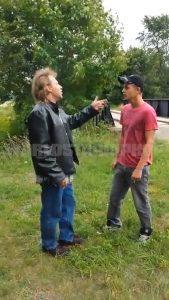 This video shows a confrontation between a son and his estranged father, who the son alleges beat his mother and tried to drown him in the bathtub when he was a baby.

Those are some pretty big claims. Whether they’re true or not is for you to decide, but the kid’s father certainly doesn’t do himself any favors. 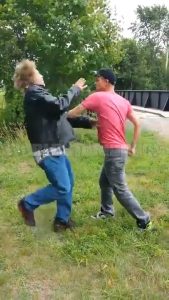 “Shake my hands, or you can do whatever you want,” says the son as he stands in front of his father, a man who looks like a cross between “Rowdy” Roddy Piper’s “Da Maniac” character from It’s Always Sunny in Philadelphia and an ageing, alcoholic Chuck Norris

“It ain’t gonna work like that,” says the father as he walks toward his son, blowing cigarette smoke in his face all the while. 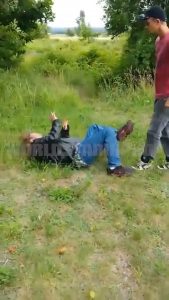 “Son, I’ve been trying to get hold of you,” he says, and suddenly his son is swinging, landing a heavy left hand to his father’s jaw before connecting with a right hook as he falls to the ground. 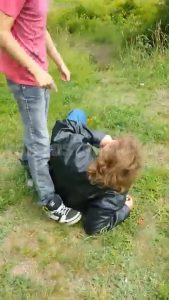 “Buddy, you owe your son some f*cking money,” says the cameraman as the father retreats. “I’ll give you some money,” he agrees.

“You’re lucky you don’t get a lot worse,” says the son, when his father denies hitting his mother. 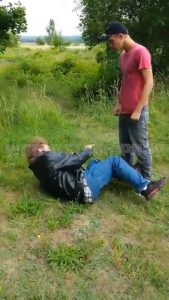 “You didn’t hit my mum, and you didn’t try to drown me in the f*cking bathtub?” he exclaims, letting fly with another right hand that knocks his father clean out. Check out the full video below, it’s an absolute doozy.

Son Reunites With His Dad Who Water Boarded Him As A Baby & Beat His Mom pic.twitter.com/q8erERPyk2