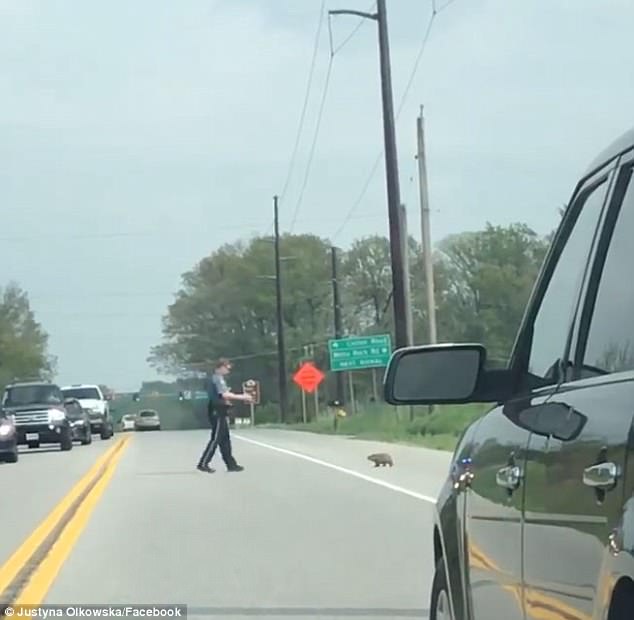 In the latest video that has gone viral on the internet, it can be seen how an incident that started as a fun, quickly turned tragic. The video shot by a woman in a car shows a Deputy from the Sheriff’s Office in Carroll County trying to deal with a groundhog that had found its way to the highway in Eldersburg. 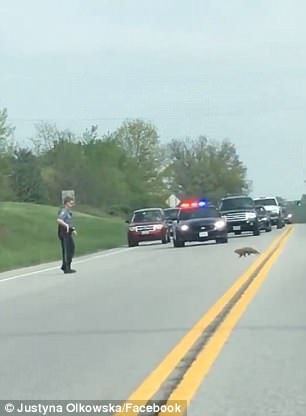 According to the information laid out by an onlooker the groundhog, it did not seem that the groundhog had bitten anyone or was about to attack somebody. It is also not clear that the groundhog was rabid or not. But the Deputy found the animal to be acting strangely and that is when he stopped his car. 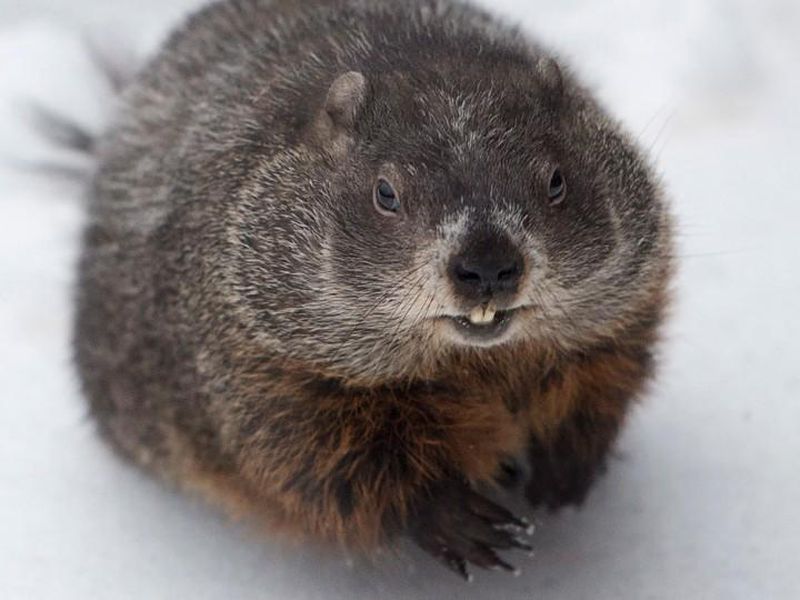 The animal got onto the road, which led to sudden chaos on the busy highway. Several vehicles started stopping in order to understand the situation and save the animal. This made the situation hazardous to travelers. The deputy got off his vehicle in order to control the animal and direct it off the street. 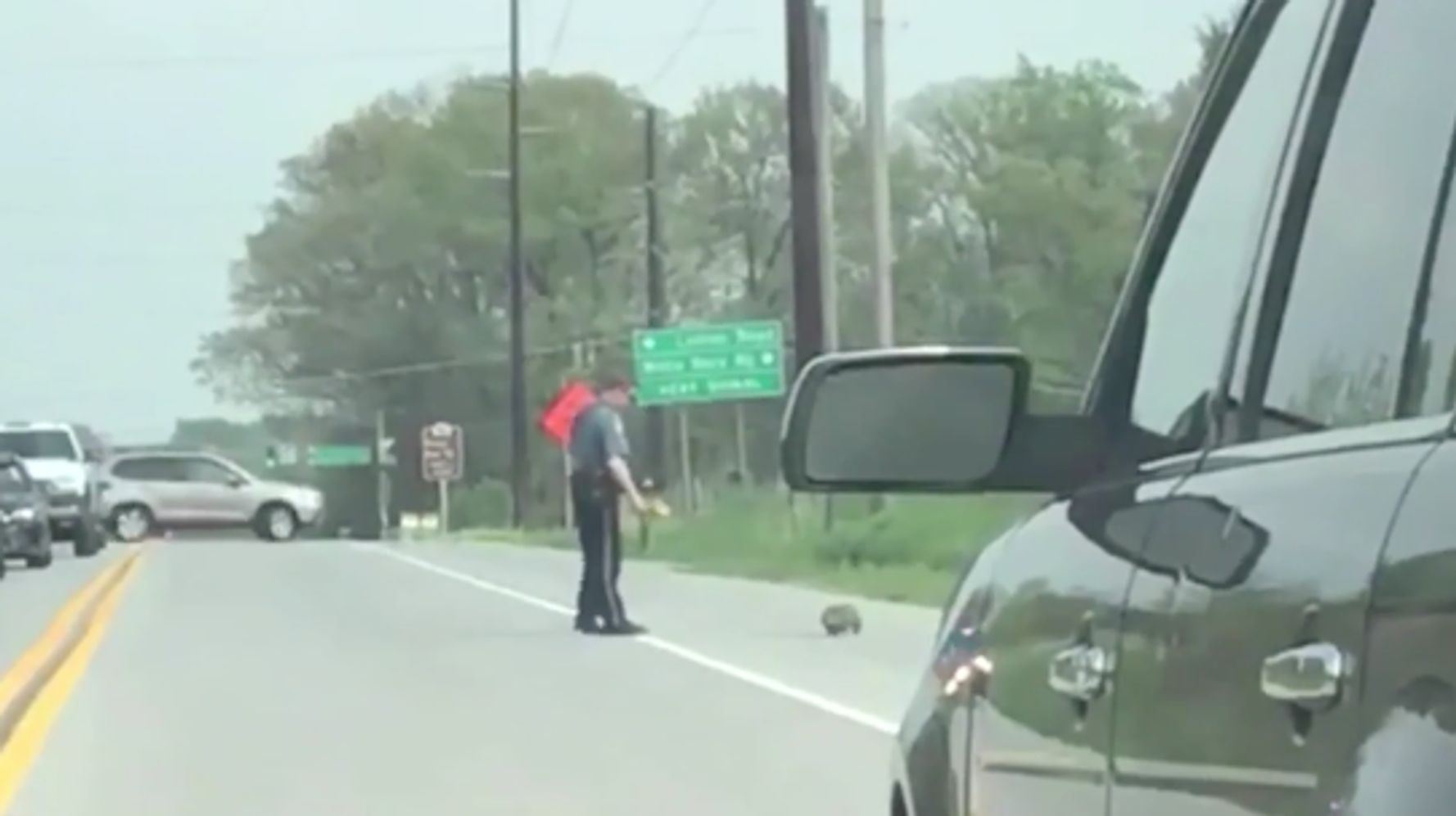 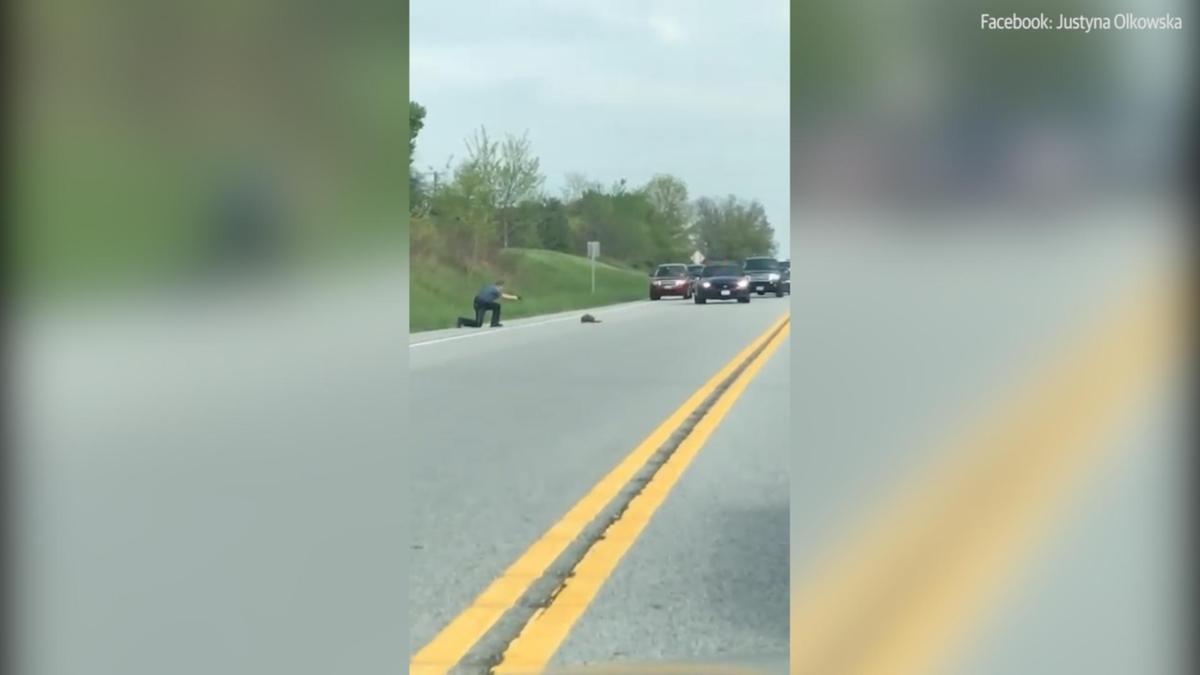 One of the several eye-witnesses was Justyna Olkowska, who works at Sykesville as a payroll manager and was driving back home from her job that day. She is the one who recorded the video and made it viral by posting it on the social networking site Facebook, through her account. The video has been viewed approximately 37,000 times since then. As per the officials at the Sheriff’s Office in Carroll County, the groundhog was coming towards the Deputy. Since it was not behaving normally, the Deputy acted as per the standard procedures and policy. It is given out in their policies to dispose of any animal that can cause any harm or is a health threat to the public. Therefore, according to them what the Deputy did was the right move. 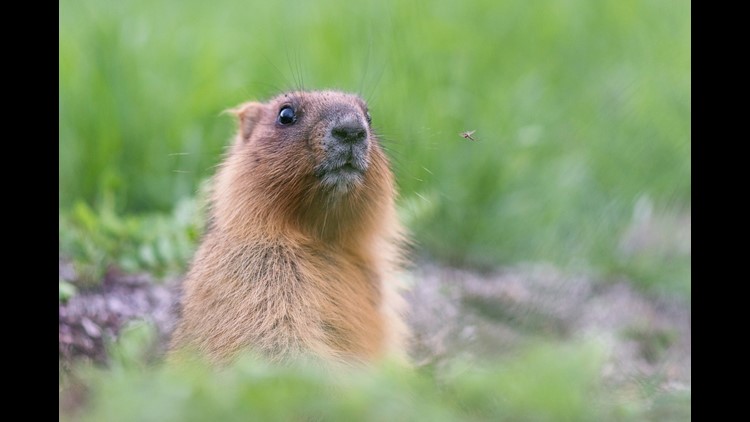 In the video, it is evident that the deputy tried to step towards the animal, but it did not back away. The officer decided to slowly go into the next lane, where the groundhog followed. This forced the deputy to finally pull out his gun. As the animal continued to approach him, he got on his knee and took a swift shot that hit the animal. After the first shot, the animal kept rolling around, which made the officer take a second shot to finally kill it. After that, the officer moved back to his patrol car. 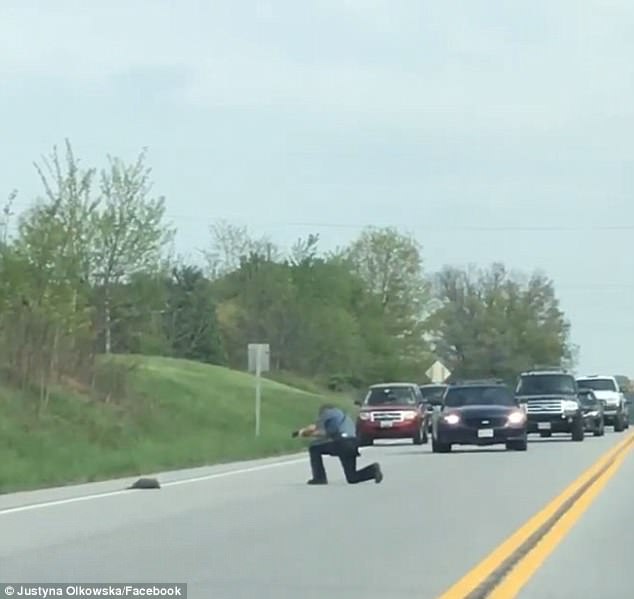 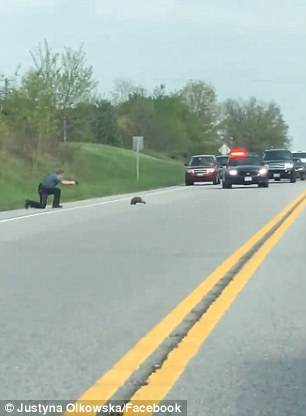 The final statement came from the Sheriff’s office. It clarified that the whole incident is being looked into. No further information was provided. In the year 2014, there was a similar incident, where an officer shot a 780-pound steer. The incident took place in Belvedere, which resulted in huge concerns raised by the bystanders and witnesses of an open fire by officers at public places. Though in that incident also, the officer had to shot to the animal as it became highly aggressive.

Renegade #Cop Empties His Entire Clip Into A #Groundhog For Holding Up Traffic.#police pic.twitter.com/mTmNWc56TO