MMA cage fighter Travis Wolford managed to lose total control of his bowels after being defeated in a chokehold by heavyweight rival Daniel Cooper.

In short, he literally pooped his pants. Very fittingly, Wolford is now nicknamed The Brown Bomber. In a video posted on YouTube filmed at West Virginia’s Ruckus in the Cage event, Wolford is seen lying on the mat to catch his breath after being choked out before shakily rising to his feet. 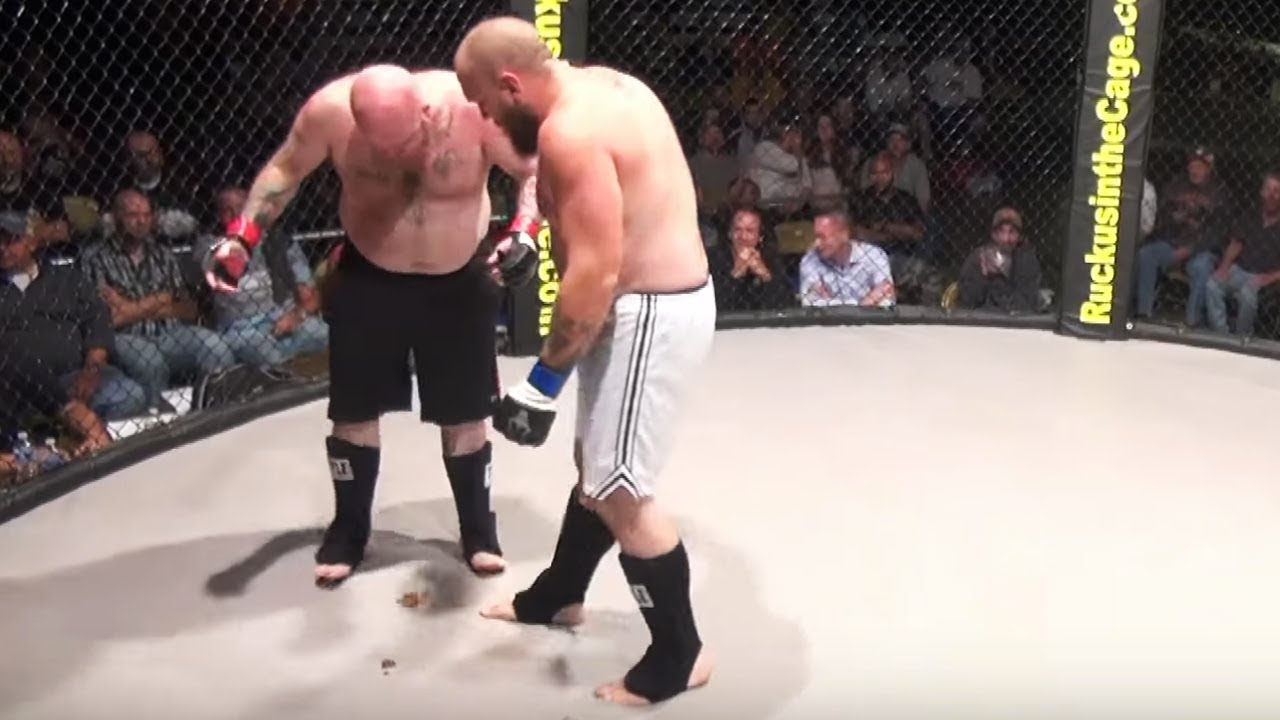 And that’s when it happened: tiny turds began to spatter across the mat as he wobbled around the cage, still recovering from his loss. Feces can also be seen running down his leg. 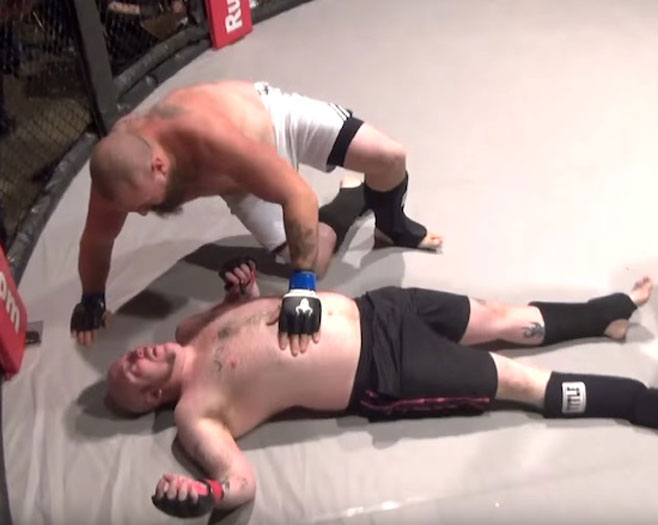 In an event in West Virginia over the weekend, Wolford tapped out after being beaten into submission by Daniel Cooper. Much to Wolford’s shock, he quickly realised he had soiled himself during the final moments of the match.

Initially, the Brown Bomber just lies there unsure of how to proceed with his public embarrassment.

As he gets up, his bowel movement continues down his leg as the referee analyses the situation in the cage before (rightfully) deciding to walk away from the mess.
If it’s any consolation to Wolford, Gary Lineker turned out just fine after his poo-related mishap on a much bigger stage.

#MMA Fighter Soils Himself And Leaves Massive Turds All Over The Cage Floor.#ufc #fight pic.twitter.com/haysSRYbmK