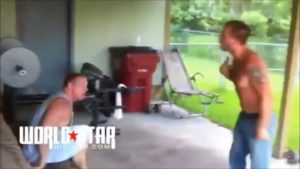 In an epic oops moment, a Facebook creep showed up at a girl’s house thinking he was in a for a fun time and found her boyfriend lying in wait and ready to smash him to bits. In the embedded video below, we drop right in on someone getting their derrière handed to them by a much smaller individual. 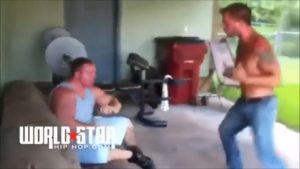 This whole situation came about after the boyfriend [and featherweight-sized man] pretends to be his lady love on Facebook and in phone texts, to lure this wanna-be daddy-mac to the house after the man tried to make time with a taken woman. And a fiancé no less. 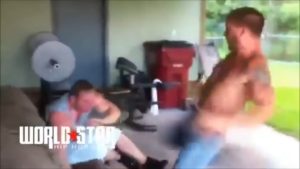 Throughout the four-minute clip, the Facebook player wants absolutely nothing to do with this battle of fisticuffs. Despite being a pretty built individual with a likely ability to deliver a solid blow. 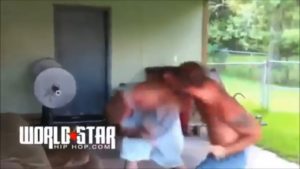 Maybe it’s the speed of his foes strikes, the technique, or that he is completely in the wrong, but he gets hit with an all-you-can-eat platter of shots. Punches, Muay Thai knees, and even a pretty solid spin kick are landed on this failed smooth operator. 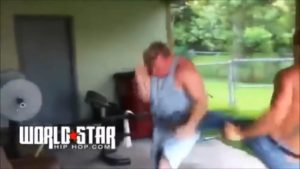 Even when a caught kick leads to a surprise takedown and Brazilian jiu-jitsu side control position on top, the smaller and angrier man defends easily and gets the battle back to the feet. 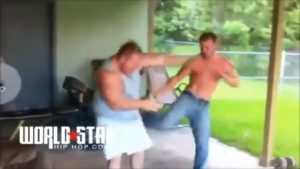 Despite hands and feet being laid all over him, the man never offers a return shot, and instead mostly tries to defend the artillery coming at him while begging for mercy and forgiveness. 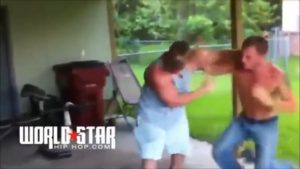 It ends up becoming fairly sad to watch as it descends from a fight into a public outing and a hearty bowl of comeuppances for this Facebooker creeper. One of the true highlights of the video is the impromptu play-by-play from the folks recording the incident, as one notes he goes to the same school as the man getting beat down. 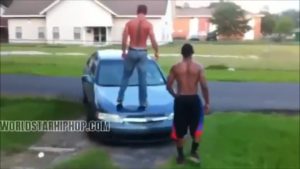 And is in shock at how poorly he did in a fight he had a massive size advantage in because “He be lifting like three-something [pounds in the gym]. I worked out with that dude. Man, he weak as f*ck.”

When you have some solid MMA training and a whole bunch of guts, size is no match for skill.